Moody has spent seven years with the franchise and helped the team to make five playoff appearances. The side has won the 2016 IPL title under his guidance.
Moody thanked fans, players and support staff for sharing good memories with him. 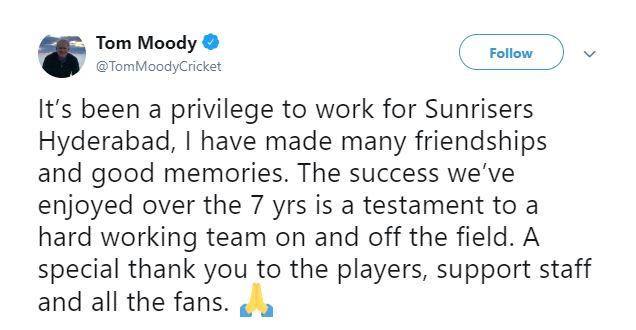 “It’s been a privilege to work for SunRisers Hyderabad, I have made many friendships and good memories. The success we’ve enjoyed over the 7 yrs is a testament to a hard-working team on and off the field. A special thank you to the players, support staff and all the fans, Moody tweeted.

In the 2019 IPL edition, SunRisers Hyderabad finished at the fourth spot of the points table with 12 points. (ANI)