Many talented beings across industries have stunned people with their outstanding work, level of hard work, and consistent efforts they have put in through these years. What has turned more heads around a few of them is the unending efforts they have put in for others instead of focusing on their personal wins. This has won the hearts of people and made others realize how a life that is lived for others is a life that holds meaning. Only a handful of people from across different parts of the world have been those who have put the betterment of others before them, but those rare gems have indeed proved why they are called gems and why they are so highly recognized and revered in their fields. One such incredible soul is Raunak Singh, the brain behind one of the most talked-about non-profits named Sikh Aid.

This passionate Punjabi guy has always been about giving it back to societies and communities. He confesses how he always would find his sense of peace and joy in being of help to others. Hence, he started his NGO named Sikh Aid, which now has become a huge community of humanitarians, which he calls his small initiative of service. This small initiative today has turned into a national non-governmental organization, which so far has worked in civil conflict zones and disaster areas and has even worked for children.

Raunak Singh as, the founder of Sikh Aid charitable trust, all the more creates headlines this time for donating 10% of income to Skewdeck, which is a rising online streetwear brand in India. Making such massive donations and winning hearts have now become an everyday thing for this compassionate soul, who hopes more and more people will come forward to do their bit for society and become aware of what they can do for people in need. He now dreams of building an empire like Tata, which as a conglomerate, also participates in many such non-profit initiatives and does a lot for the ones in need. 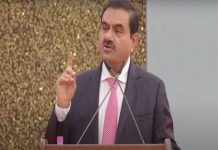 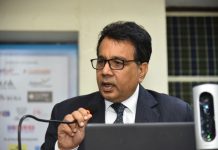