In view of PM Modi’s visit, Assam Chief Minister Himanta Vishwa Sharma reached Dibrugarh on Sunday to take stock of the preparations for the programme.
In a tweet, the CM shared a picture of the meeting and said, “We are all set to welcome our PM Narendra Modi ji to Assam on April 28. Held a meeting at Manohari Tea Retreat, Dibrugarh, to discuss the plans for the inauguration of Dibrugarh Cancer Centre by the Hon’ble Prime Minister.” 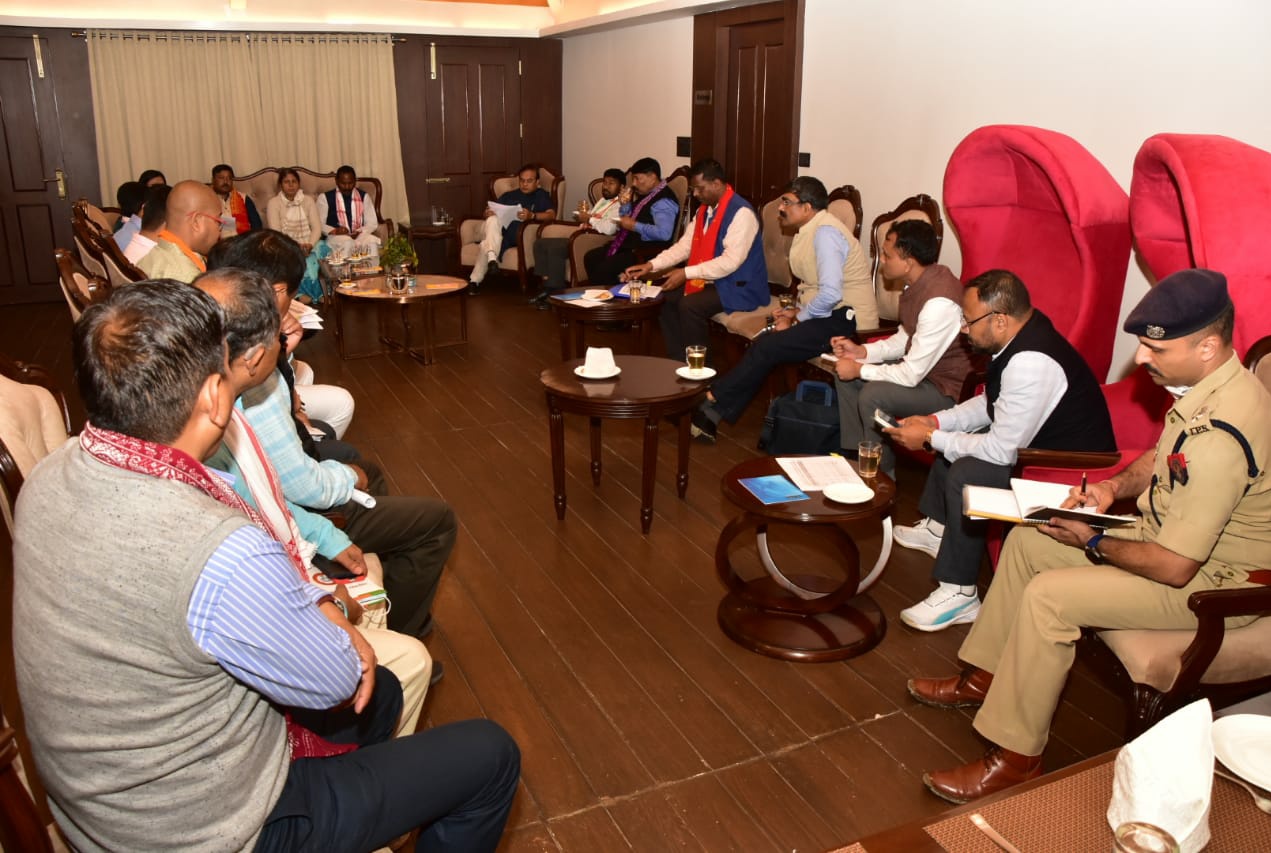 While taking a stock of the venue, Sharma instructed the BJP leaders and officials to pay special attention to drainage in view of the possibility of rain along, with other arrangements.
The Chief Minister has informed that PM Narendra Modi will visit Assam’s Diphu on April 28, where he will first participate in a party meeting.

“PM Narendra Modi will visit Assam on April 28. His first programme will be in Diphu and after that, he will inaugurate seven new cancer hospitals in Dibrugarh. This is a huge investment of Rs 4,000 crore with the joint collaboration of the Government of Assam and Tata Trusts,” he said.

“Along with this, the foundation stone of other seven new cancer hospitals will be laid,” he added.
Talking about Bharatiya Janata Party’s victory in the Guwahati municipal corporation elections, Sarma said that the people of Assam are very happy with what PM Modi is doing for the northeastern states.

“So far, no party has got such a big victory in the Guwahati municipal corporation elections. BJP and AGP have got 58 out of 60 seats. The people of Assam are very happy with what PM Narendra Modi is doing for the Northeast states,” he said.