Sickening mocked up photos show Ronaldo and Messi pinned to the ground by masked people in a packed football stadium. The vile picture captioned “Your blood will fill the ground”, the poster shows two terrorists in balaclavas and grey jumpsuits crouched over Messi and Ronaldo.

Previously, ISIS warned Vladimir Putin he will “pay the price for killing Muslims” in a poster showing a jihadist holding an AK-47 inside a packed football arena. The threat was thought to be linked to Russia’s military support for Syrian President Bashar Al-Assad in his fight against ISIS.

The Fifa World Cup in Russia starts from 14th of June. 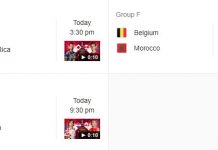 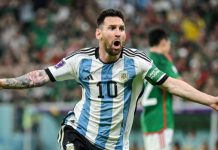 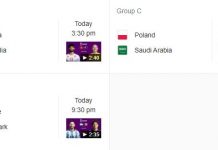