Washington: Wonder Woman actor Gal Gadot is soon going to welcome a new family member. Gadot recently revealed that she is expecting her third child with her husband Yaron Varsano.

The 35-year-old star announced her pregnancy on social media on Monday. She posted an adorable family picture on Instagram, which features the actor with her husband and their daughters laying on the bed and cradling her baby bump with big smiles on their faces.

He captioned the sweet post, “Here we go again.” 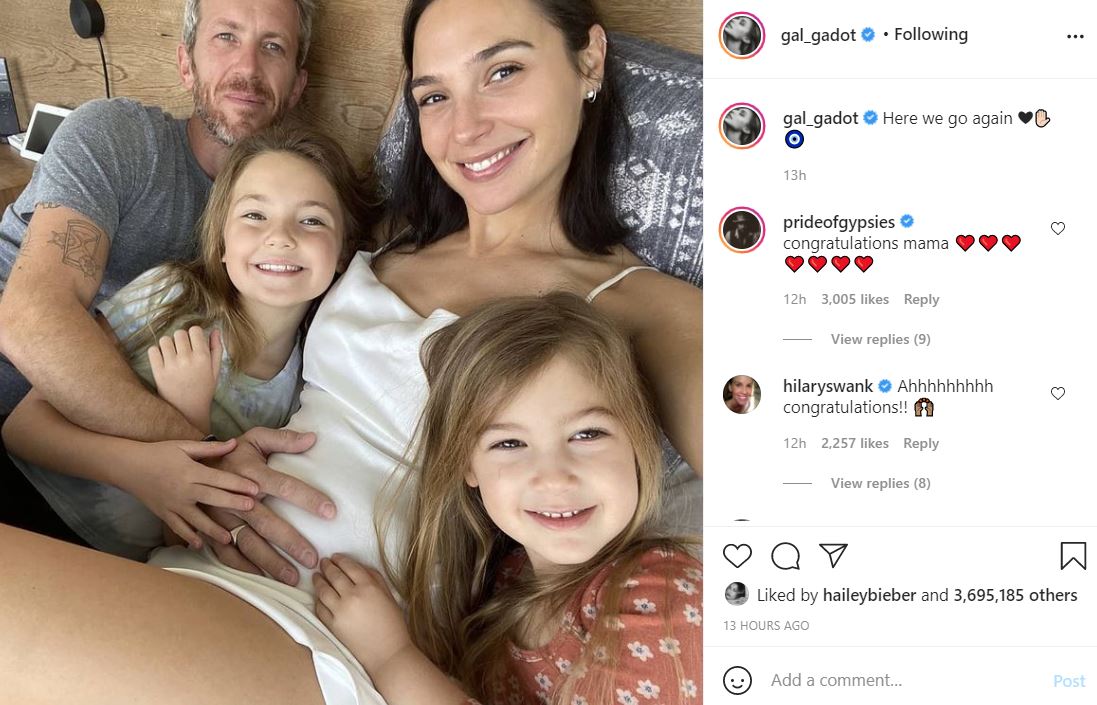 Gadot and Varsano, who tied the knot in 2008, are already proud parents to two daughters- nine-year-old Alma and three-year-old Maya, reported People magazine.

The ‘Death on the Nile’ star’s pregnancy announcement comes a day after fans saw Gadot presenting Best Foreign Language Film at the 2021 Golden Globes on Sunday. However, she concealed any sign of a baby bump underneath a white Givenchy swing mini dress with flowing sleeves and a mock turtleneck during the event.

Back in September, Gadot and Varsano celebrated more than a decade of marriage, taking to Instagram to commemorate the milestone. “Happy anniversary @jaronvarsano. You’re my one. My only. My everything.. 12 years of marriage feels like a walk in the park with you. To many more to come. I’m yours forever,” she wrote.

Gadot was last seen in ‘Wonder Woman 1984’, which Warner Bros released simultaneously in theatres and OTT.

She will feature next in Zack Snyder’s ‘Justice League’ cut, which is slated to release on HBO Max this month. Apart from that, she also has Netflix film ‘Red Notice’ in the pipeline. Gadot will feature in the movie with Dwayne Johnson and Ryan Reynolds.