NEW DELHI: Indian skipper Virat Kohli, regarded as the fittest cricketer of his generation, on Friday said that ‘power snatch’ is an exercise he could do every day.
The right-handed batsman shared a 26-second long video on Twitter with a caption,” If I had to make a choice of one exercise to do every day, this would be it. Love the power snatch.”
The 31-year-old was seen performing the power snatch, which also happens to be his favourite exercise. 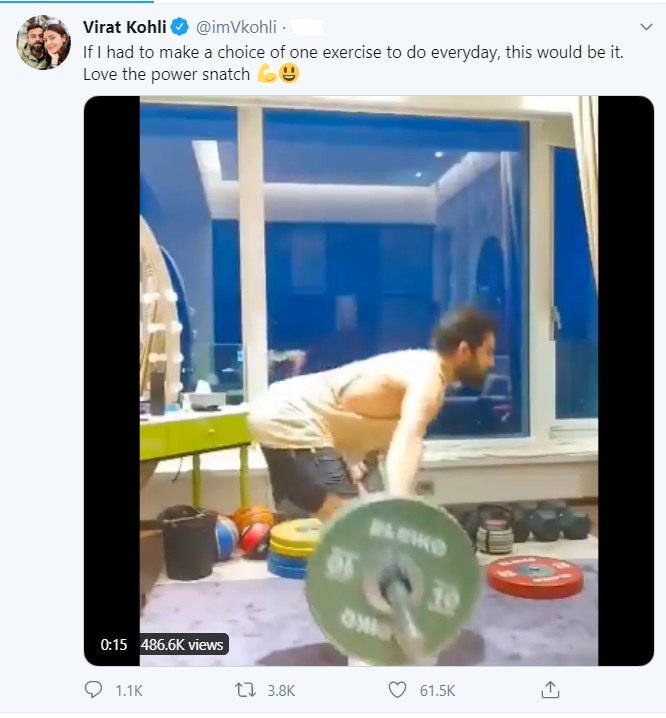 Earlier on Thursday, Kohli shared another workout video, where he was seen doing flying clap push-ups, inspired by all-rounder Hardik Pandya.
India has not played any international cricket since March, their last series against South Africa was called-off due to the COVID-19 outbreak. (ANI)