Mumbai (Maharashtra) : Star cricketer Virat Kohli on Sunday morning treated his fans with an adorable picture with his wife and actor Anushka Sharma.
In the Instagram photo, the couple can be seen making cute facial expressions while twinning in white T-shirts.

For the caption, Virat chose to add a few words in praise of Anushka. He called her his “rock.” 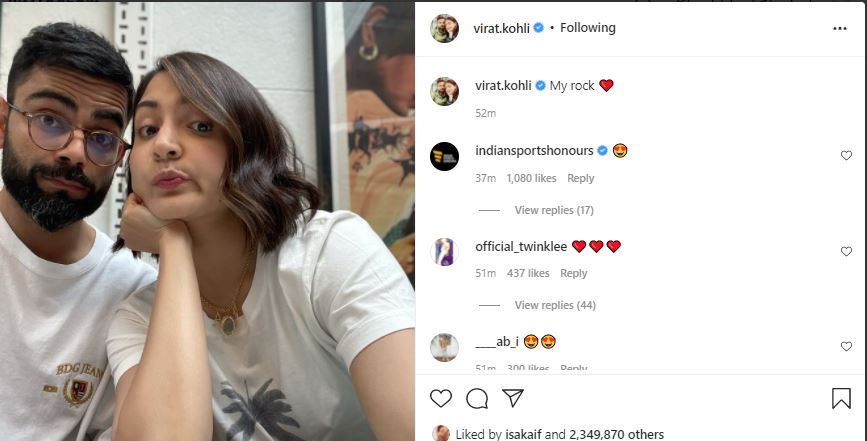 Virat’s post has brought a smile to everyone’s faces.
“How cute,” a fan commented.
“King with his Queen,” another one wrote.
Virat and Anushka got married in December 2017 in a close ceremony in Italy. Earlier this year in January, the two became parents to a baby girl Vamika. (ANI)