Kolkata: Trinamool Congress (TMC) on Tuesday nominated Sushmita Dev, who joined the party recently, as the party nominee for the Rajya Sabha bypoll from West Bengal.

Dev, a former Congress MP from Silchar, Assam joined TMC last month in presence of party leader Abhishek Banerjee, Derek O’ Brien and others. She is a prominent figure outside West Bengal to join TMC.

participation in politics shall help our society to achieve much more!” the party said in a tweet. 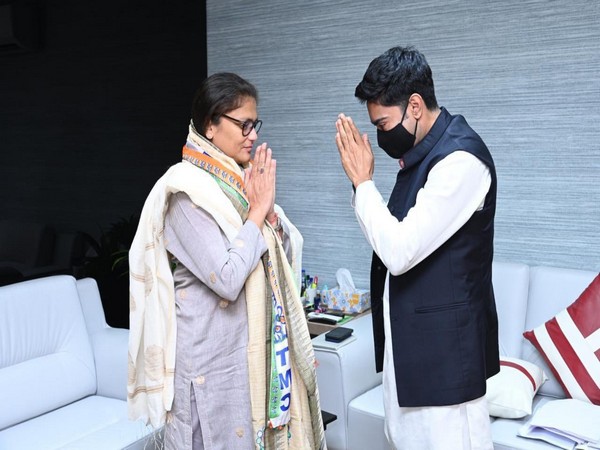 Sushmita Dev also expressed her gratitude to Mamata Banerjee for nominating her to the Upper House of the Parliament.

“I am overwhelmed. I Thank my leader Mamata Banerjee from the bottom of my heart. Her conviction to see more women in parliament is exemplary. I will do my very best,” she said.

The Election Commission had earlier this month announced bypolls for six Rajya Sabha seats across five states. These seats fell vacant due to the resignation or death of the sitting MP. It also announced biennial election for one seat from Puducherry.

Voting for all seats is scheduled for October 4. The six Rajya Sabha seats include two in Tamil Nadu and one seat each in West Bengal, Maharashtra, Assam and Madhya Pradesh.

Trinamool Congress is seeking to expand its footprint outside West Bengal.(ANI)