Mumbai: Veteran actor Suniel Shetty’s son Ahan Shetty is set to make his debut with Tara Sutaria in the upcoming outing ‘Tadap.’ The movie will hit the big screens on September 24, 2021.

Indian film critic and trade analyst Taran Adarsh on Tuesday shared the news regarding the new project on his Instagram handle. 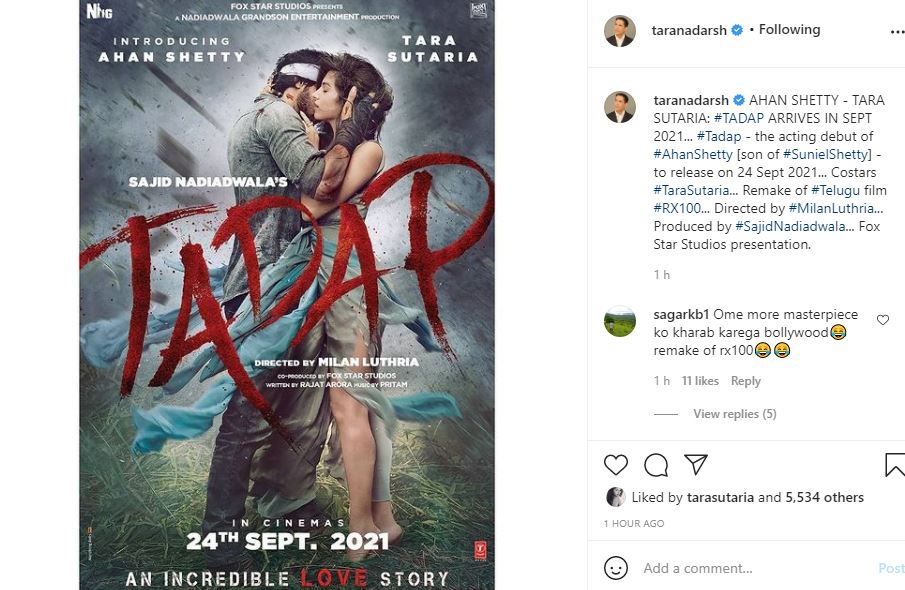 Along with the release date and other details, a poster of the film was also dropped which piqued the curiosity of the audience.

The poster sees Tara hugging Ahan. The duo is seen standing at a stormy place while Ahan is trying to save and keep close to Tara amid the turbulence. The poster also showcased the release date of the film and comes with a text written on it, “An incredible love story.”

The movie ‘Tadap’ is being produced under the banner of Sajid Nadiadwala’s production house and is being helmed by Milan Luthria. (ANI)