Kanpur: In the midst of rising air pollution in several states of India, a student of class 11 from Kanpur has developed a unique robot that soaks up pollutants from the air and acts as a purifier.

Pranjal invented an ‘Air Purifier Robot’ along with his classmate Aarendra. The robot comes with an air purifier machine installed within it.

“With rising air pollution, I thought of building a robot that could purify the air in the environment and soak pollutants at the same time. We have installed a purifier within the device for this purpose,” Pranjal told ANI.

“When operational, the robot can filter the polluted air and clean air would be released in the atmosphere whereas the polluted particles will remain behind in the air filter inside,” he added. 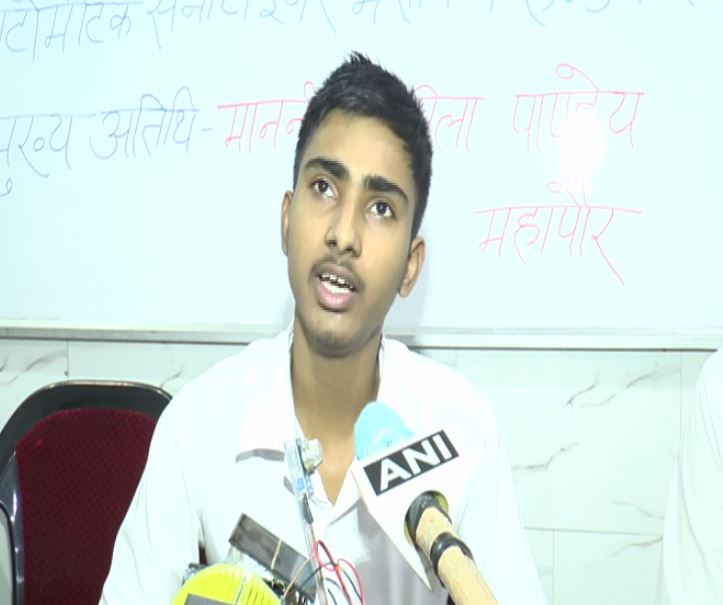 When Pranjal demonstrated the robot in front of his school principal Pooja Awasthi, she was pleasantly surprised. “Pranjal is our future scientist, he has also helped a lot in the school lab. I am incredibly proud of the boy and the robot that he has built. Air pollution is a major concern of recent times and therefore, his invention seems more worthy than ever,” Pooja Awasthi said. (ANI)