New Delhi: The much-awaited Marvel superhero film ‘Black Widow’ starring Scarlett Johansson will soon release in India. The film is making its way to Indian theatres on July 9 this year.

He shared a new intriguing poster of the movie and alongside the poster he wrote, “NEXT SUPERHERO SPECTACLE FROM #MARVEL… #BlackWidow – starring #ScarlettJohansson – to release in #India on 9 July 2021 in 6 languages: #English, #Hindi, #Tamil, #Telugu, #Kannada and #Malayalam… NEW POSTER…” 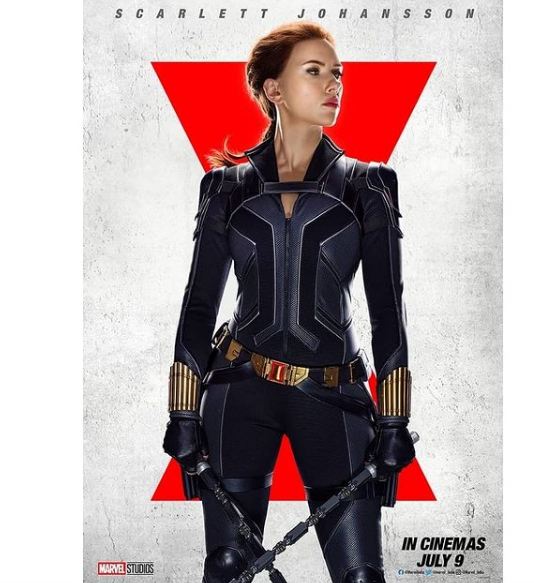 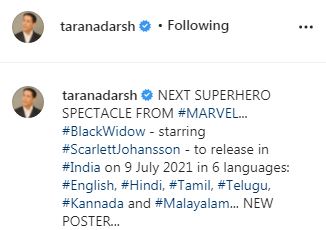 The much anticipated Marvel flick was supposed to hit the big screens on April 30 in India, and May 1, 2020, in the US but due to the challenges posed by the coronavirus pandemic it got delayed several times.

‘Black Widow’ has Johansson reprising her role as Natasha/Black Widow, Florence Pugh is starring as Yelena, David Harbour portrays Alexei/The Red Guardian, and Rachel Weisz will be Melina. Johansson has played Black Widow, a major role in seven Marvel movies, tracking her evolution from a morally dubious Russian assassin to a world-saving Avenger.

In the upcoming film, pursued by a force that will stop at nothing to bring her down, Natasha must deal with her history as a spy and the broken relationships left in her wake long before she became an Avenger. What’s even more interesting is that viewers will witness the new Marvel villain, Taskmaster.

The movie is helmed by Cate Shortland and produced by Kevin Feige. (ANI)