Brigadier Lakhbinder Singh Lidder, the defence assistant to the Chief of Defence Staff Gen Bipin Rawat was among the 13 people who died in the military helicopter crash in Tamil Nadu’s Coonnor on Wednesday. 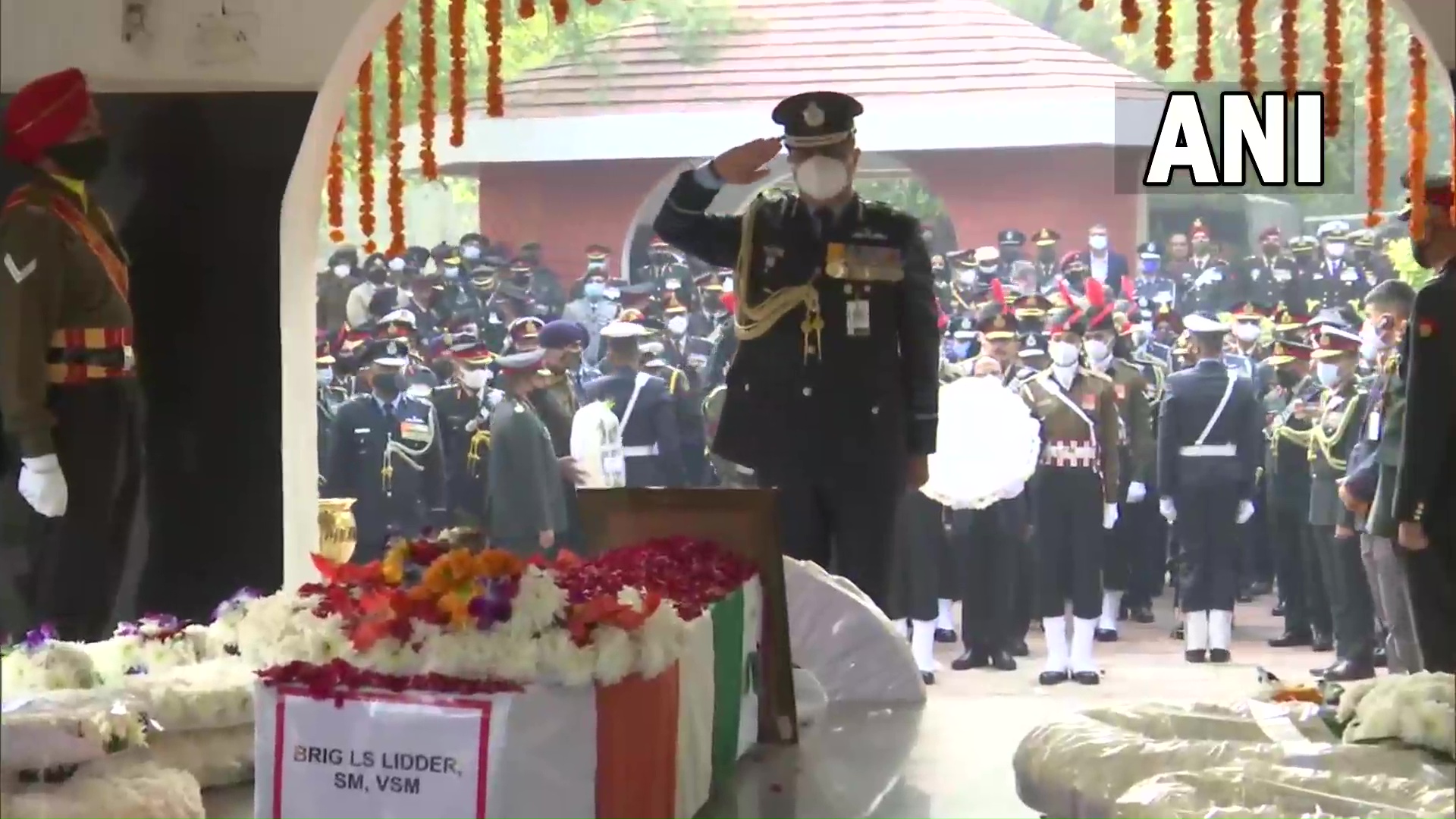 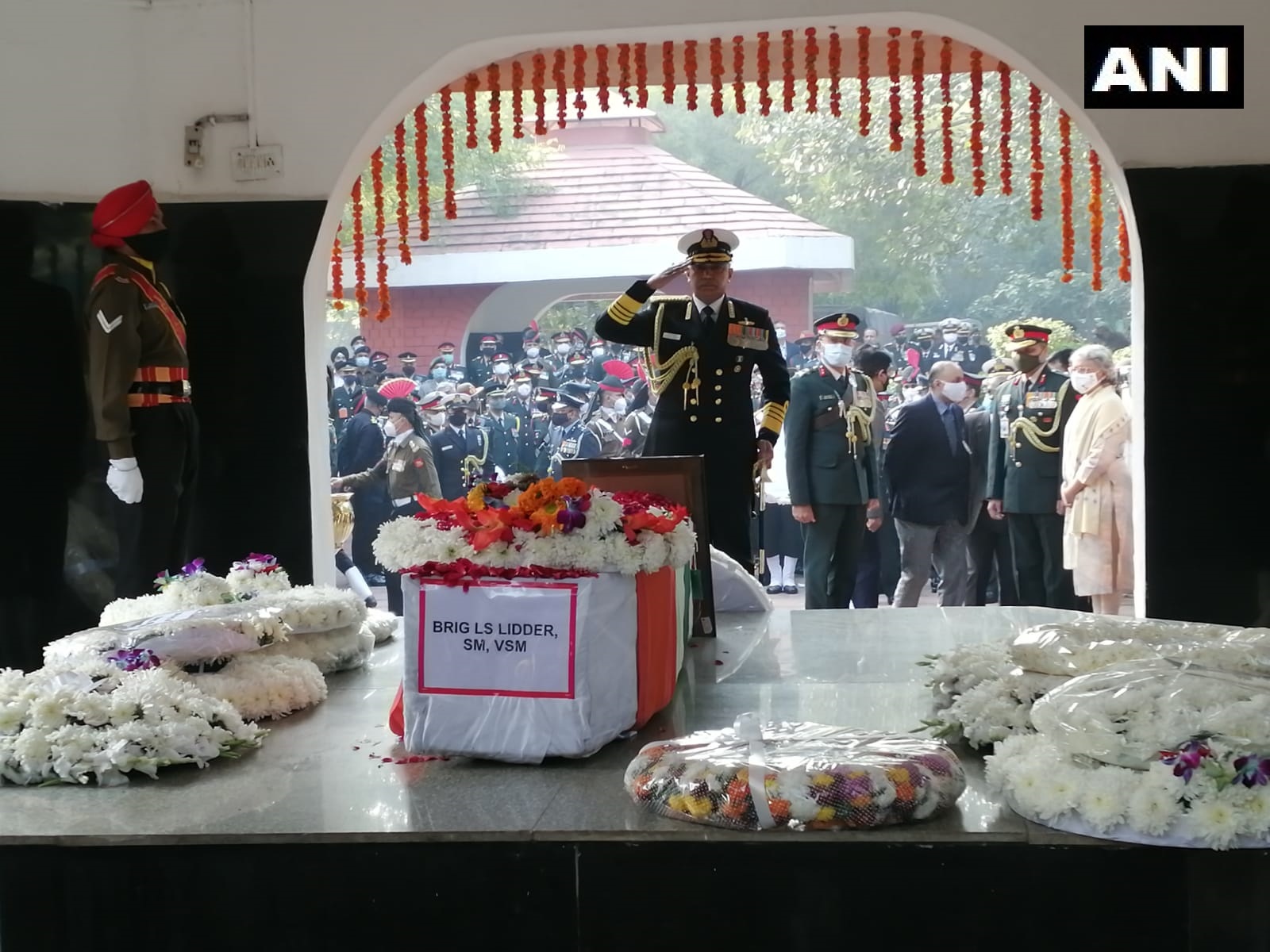 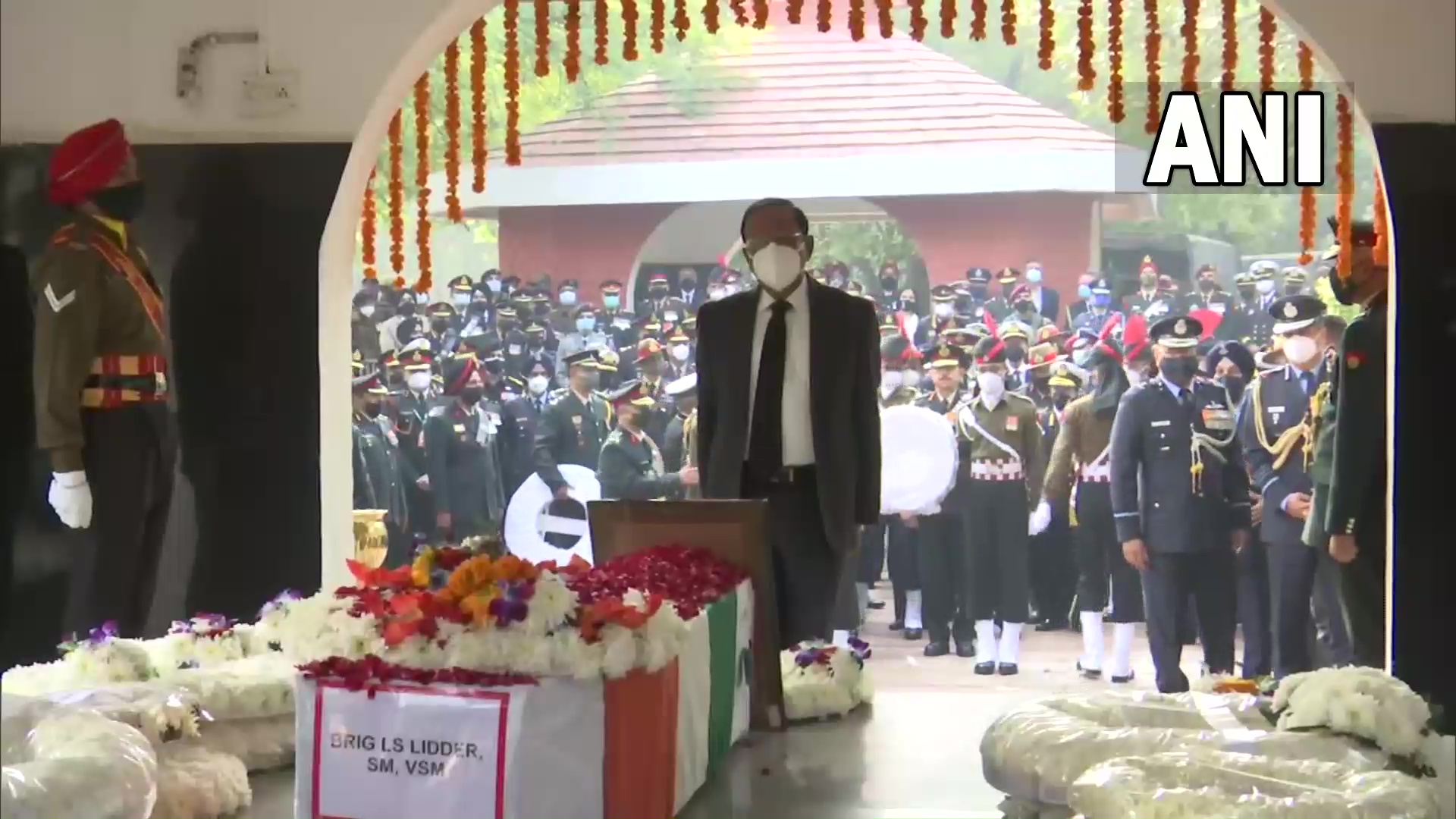 The Army said the mortal remains of only three persons — General Rawat, his wife Madhulika Rawat and Brigadier Lidder — had been positively identified so far. 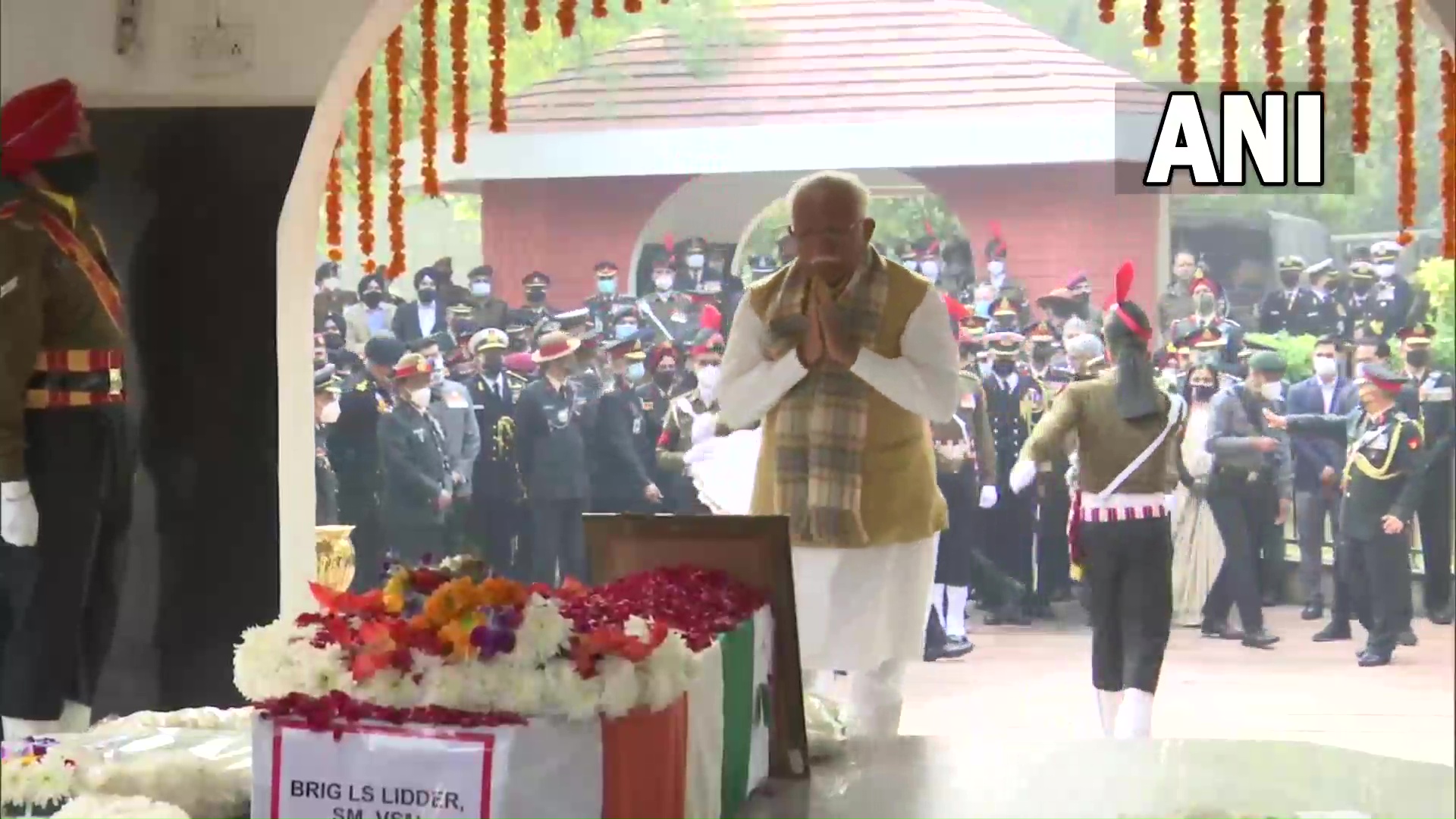 “Brigadier Lidder was one of the brightest army officers. He had served in Jammu and Kashmir and had a whole career ahead of him,” BJP leader Rajyavardhan Rathore said remembering the deceased. 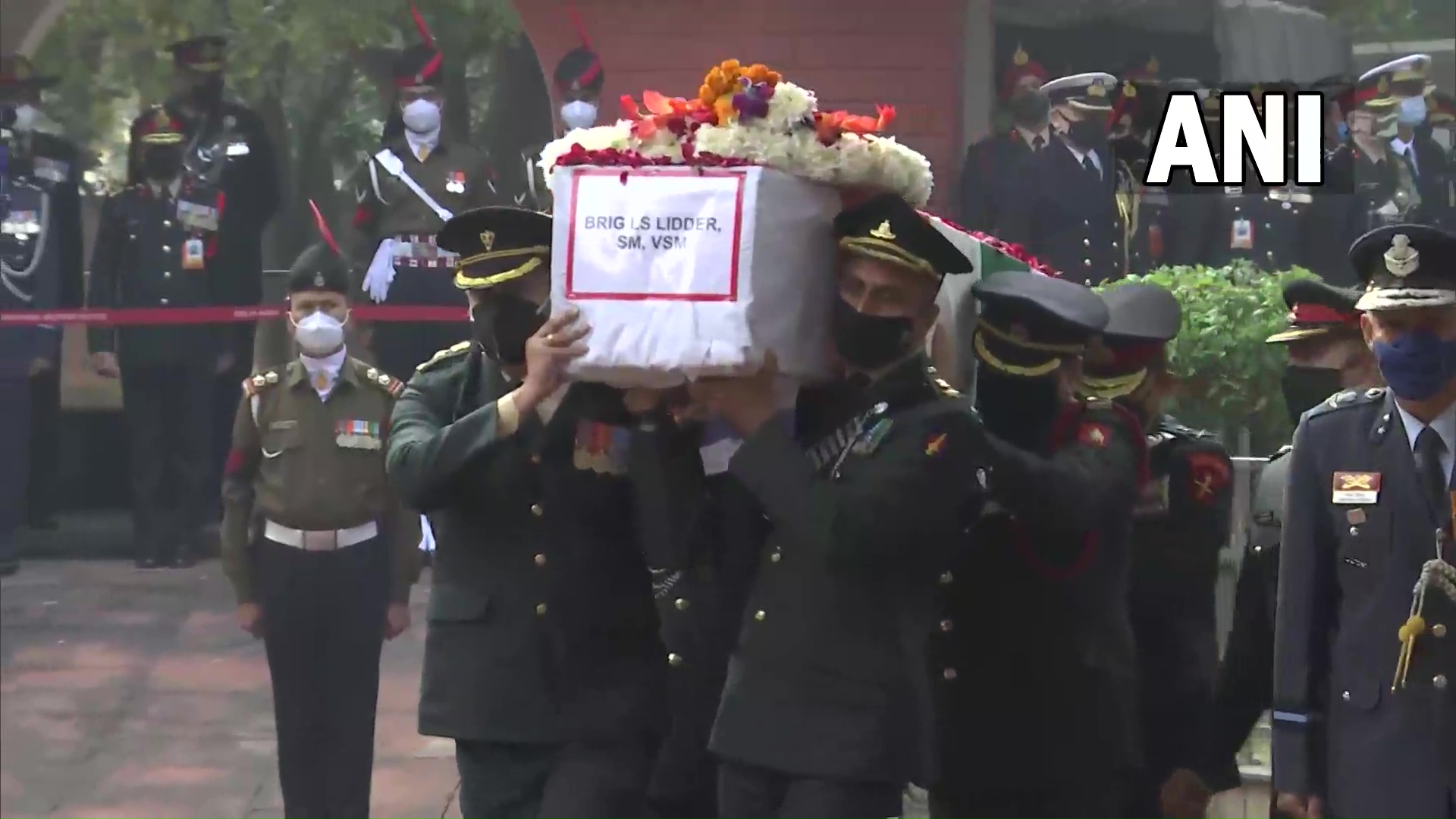 The bodies of the victims were flown from Sulur near Coimbatore to the Palam air base Thursday evening in caskets wrapped in the Tricolour.
Group Captain Varun Singh, the lone survivor in the crash, has been shifted to Air Force Command hospital at Bengaluru for further treatment.
Prime Minister Narendra Modi, Defence Minister Rajnath Singh, National Security Advisor Ajit Doval and Union Minister Smriti Irani visited Palam airbase and paid their last respects to the deceased.

The Centre has ordered a ‘tri service’ inquiry into the accident. The inquiry will be headed by Air Marshal Manvendra Singh, Air Officer Commanding-in-Chief Training Command.

According to the sources, the black box of the chopper has been recovered from the crash site.