New Delhi: Makers of the much-anticipated movie ‘Antim’ starring Bollywood superstar Salman Khan with his brother-in-law and actor Aayush Sharma in one frame have dropped the first character look of Aayush introducing him as ‘Rahuliya’ on Sunday.

Aayush’s look in the movie is out today with his character set to be named ‘Rahuliya’, the name which reminds of ‘romance’ going by the Bollywood history of the names. 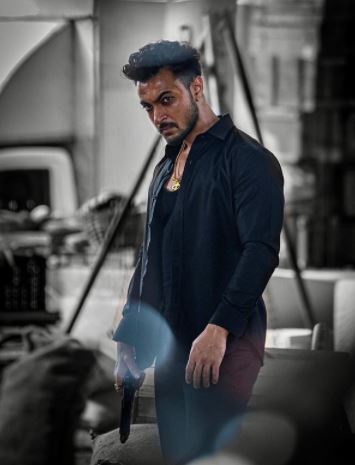 The first look shows the ‘Loveyatri’ in a totally different light from what he played in his debut movie. With an intense look and dark attire, he seems set to portray the role of a gangster.

Aayush made his debut with the 2018 romantic drama movie ‘Loveyatri’ opposite Warina Hussain where he portrayed the role of a cute and bubbly boy. However, this time he enters new waters in an action movie opposite superstar Salman Khan. (ANI)