‘Khaali Peeli’ to be released in drive-in theatres in Gurugram, Bengaluru Film critic and movie trade analyst announced the news on Twitter and wrote, “RELEASING AT DRIVE IN THEATRES… #KhaaliPeeli – starring #IshaanKhatter and #AnanyaPanday – to release at Drive In theatres in #Gurugram and #Bengaluru… The film will simultaneously premiere on Zee Plex on 2 Oct 2020.” 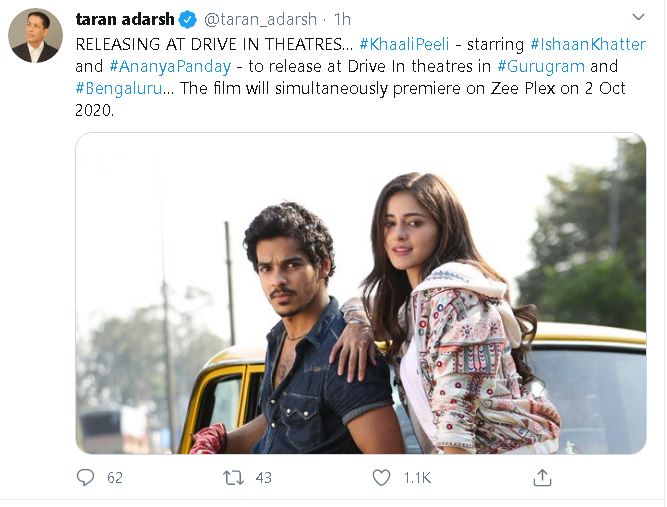 Along with the announcement, Taran shared an intriguing picture from the film featuring the lead duo. In the snap, Ananya is seen seated on the bonnet of the taxi while Ishaan stood by her side.

‘Khaali Peeli’ went on the floors in September last year and was scheduled for a June 12 release but was delayed due to the shuttering of film theatres. The movie will start streaming on OTT platform Zeeplex from October 2.(ANI)