Washington: Singer-songwriter Justin Bieber had the perfect Easter gift for his fans as the star dropped a six-track EP titled ‘Freedom’ on Sunday night.

Bieber announced the release on his social media platforms, simply writing, “Freedom on all platforms.”

The project’s artwork is also quite simple, featuring a Notes app screenshot with the word ‘Freedom’ typed out (and very low battery charge). 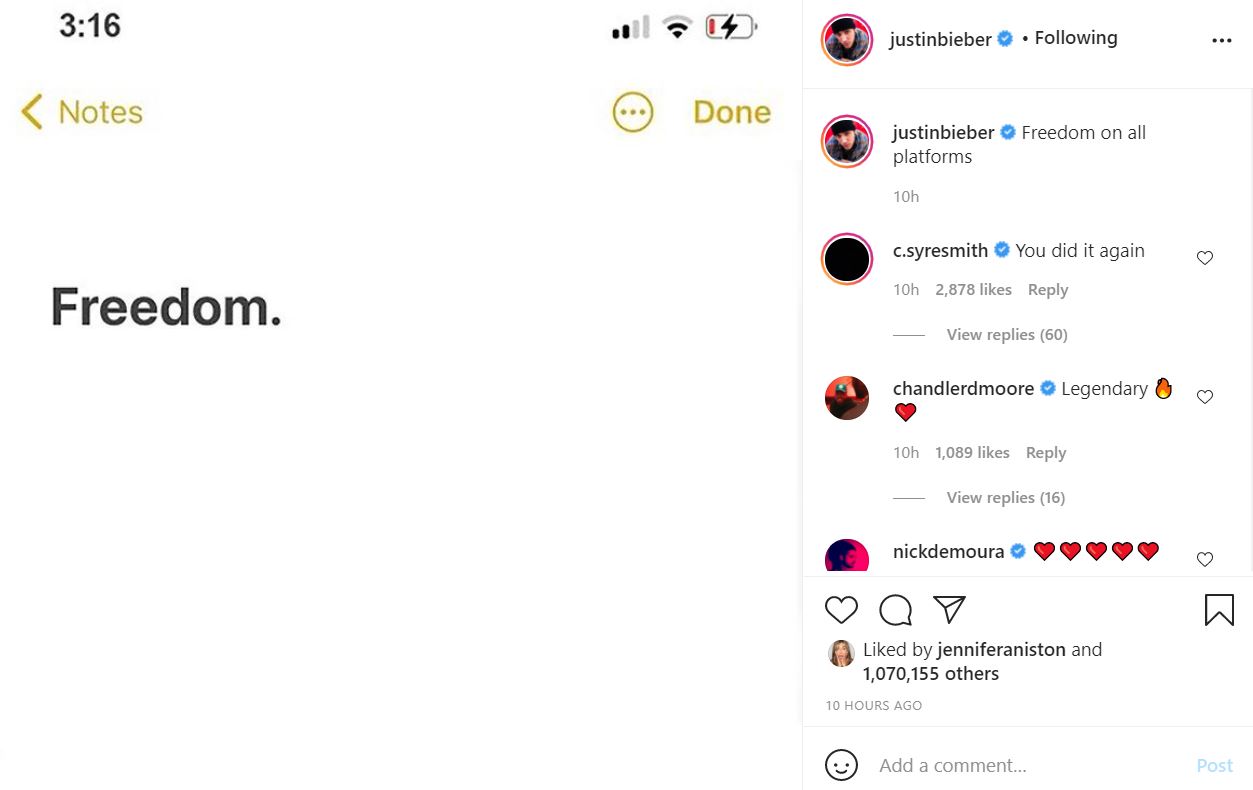 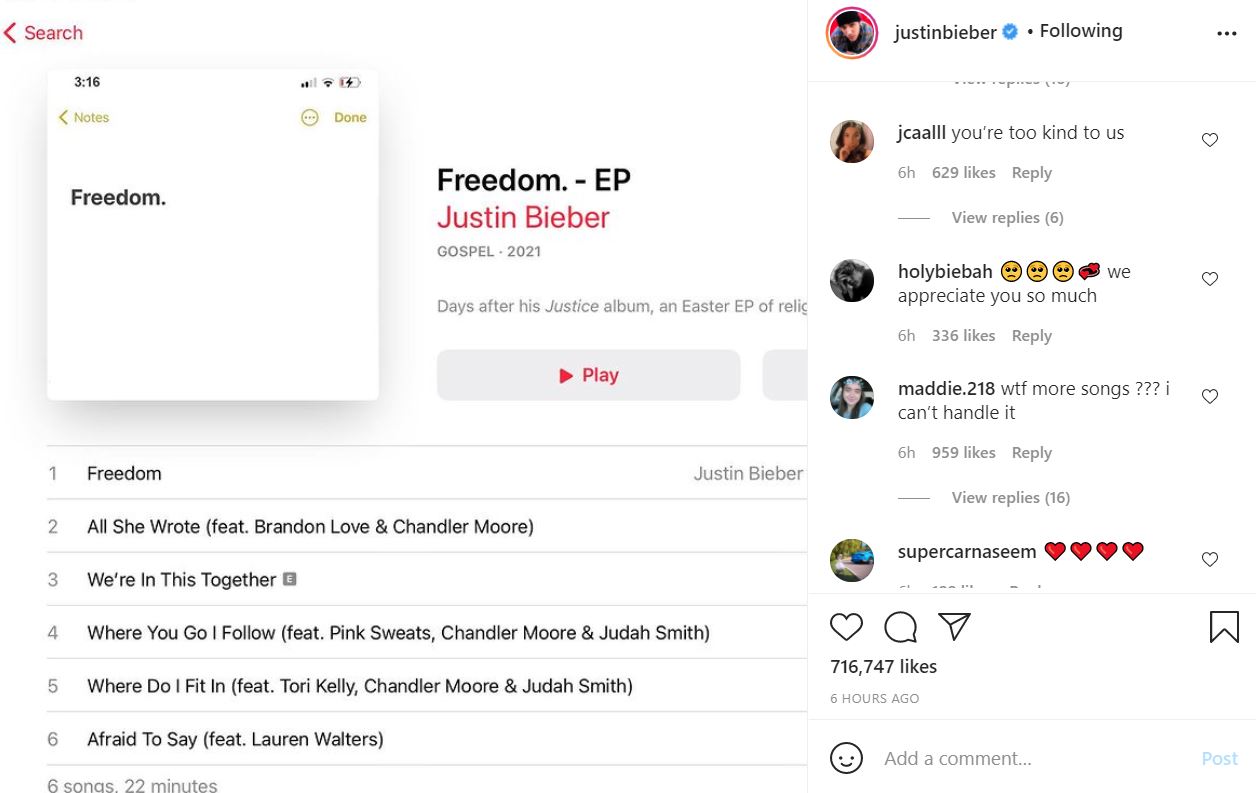 Overall, ‘Justice’ debuted with 146,000 album units, and streams for the album totaled at over 138.4 million on March 29. Bieber also released a deluxe version of the album on March 26, which features an extra six songs.

Before ‘Justice’, Bieber had released ‘Changes’ on February 14 last year, featuring singles ‘Yummy’, ‘Intentions’, and ‘Forever’. The album was nominated for the best pop vocal album at the Grammys and served as his return to music since releasing ‘Purpose’ in 2015. (ANI)