Janhvi Kapoor’s first look as Gunjan Saxena from ‘The Kargil Girl’ will bowl you over!

New Delhi: After an impressive debut in ‘Dhadak’, Janhvi Kapoor is soon going to treat her fans with the upcoming film ‘The Kargil War’, a biopic based on Gunjan Saxena, who is one of the first female pilots of India to fly in combat.

Janhvi shared the first look poster of the film on her Instagram account, which is sure to leave you stunned.

In the first poster, the actor, who is dressed in a multi-coloured sweater, is seen in a carefree avatar as she holds a paper plane, symbolic of Saxena’s unparalleled contribution as an Indian Air Force (IAF) pilot.

In the poster, Janhvi flaunts her infectious smile and her aim to become a pilot beams in her eyes.

“Gunjan Saxena -#TheKargilGirl Releasing on the 13th of March, 2020,” she captioned the first poster. 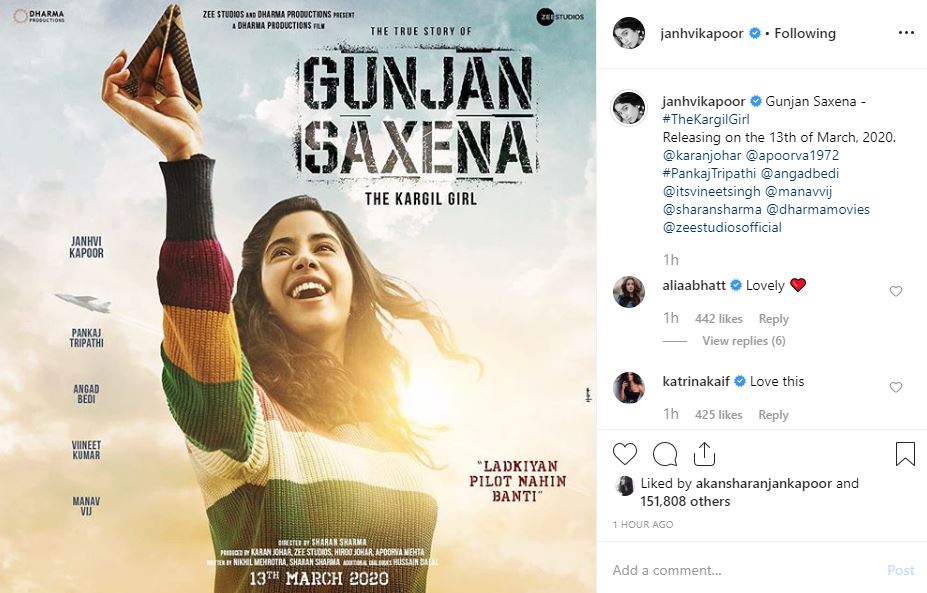 The actor went on to share a second poster which features her dressed in a blue uniform with a helmet in her hand as she walks amidst a crowd male IAF collegues clapping for her. 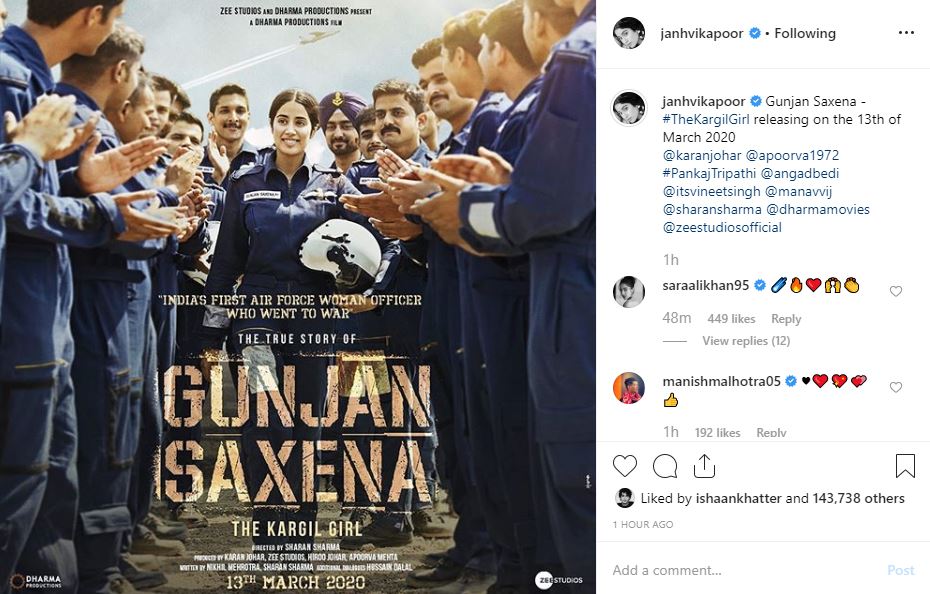 In yet another poster shared by the star, she is seen hugging her onscreen father Pankaj Tripathi. The poster features the tagline ‘meri beti ki udaan koi nahi rok sakta’ (No one can stop my daughter from flying high). 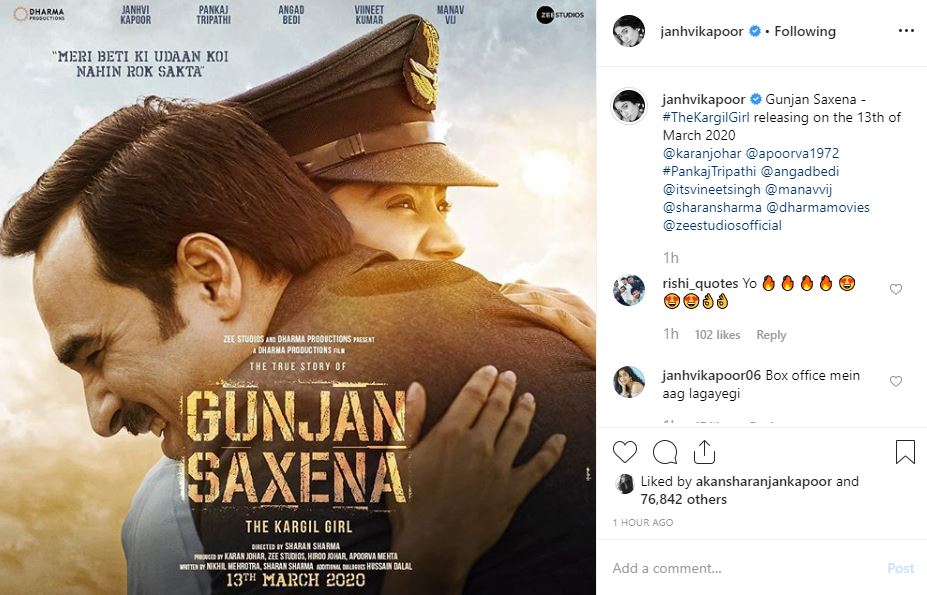 ‘The Kargil Girl’ will show Janhvi portraying a real-life person for the first time in her career.

The upcoming movie is based on Saxena, who is one of the first female pilots to fly in combat. She played an important role in rescuing injured soldiers during the Kargil War in 1999 and was awarded the gallantry Shaurya Vir Award for displaying courage during the war.

The upcoming biopic is produced by Dharma Productions and Zee Studios. (ANI)