New Delhi: Bollywood actor Janhvi Kapoor, who is currently holidaying in the Maldives, on Monday joined the viral ‘Up’ challenge bandwagon and shared a video flaunting her killer dance moves.

Janhvi took to her Instagram handle and shared a video dancing to the hit Cardi B song, along with the caption, “Missing the Filmfare stage so the poolside will have to do for now.”

In the video, the ‘Gunjan Saxena’ actor, while dressed in a white top and blue denim could be seen matching steps with her friend, who was dressed in a blue bikini, paired with colourful yellow and pink pants. The duo was dancing next to a swimming pool, where they delivered an energetic performance on the upbeat song. 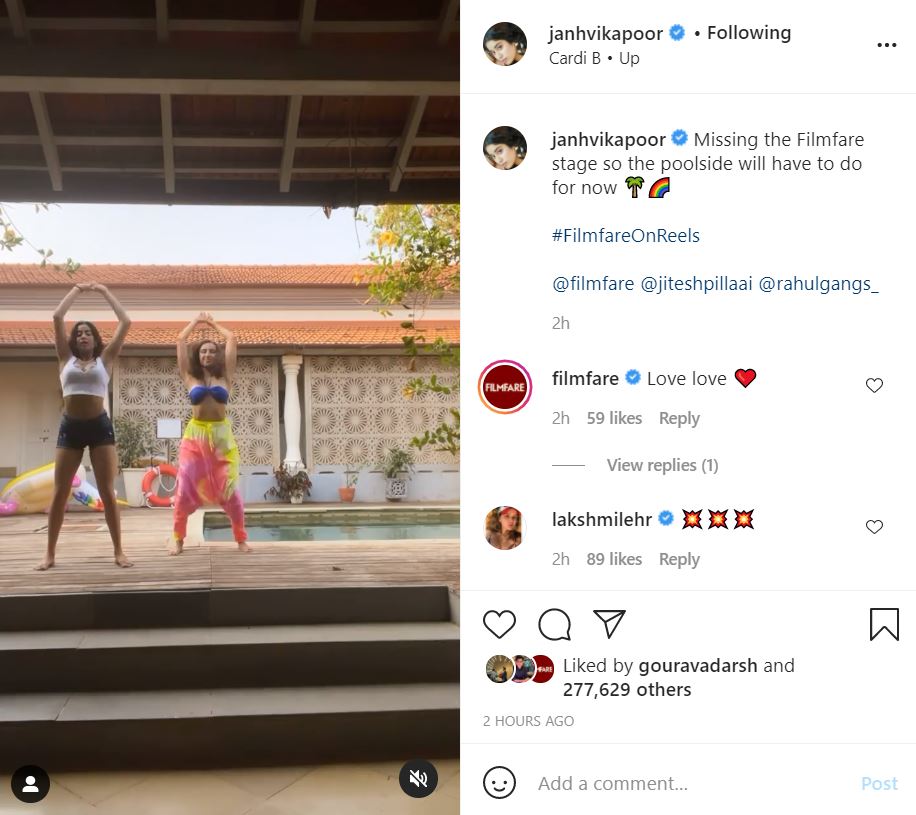 The horror-comedy became the first film to arrive in theatres after the government allowed cinema halls nationwide to operate at full capacity from February 1 with COVID-19 safety protocols put in place. (ANI)