New Delhi: Amid the ongoing COVID-19 crisis, a C-17 aircraft of the Indian Air Force (IAF) on Wednesday airlifted four oxygen supply system trucks from Hamburg in Germany to Hindon airbase near Delhi.

According to the IAF, these oxygen supply system trucks have a capacity of 270 KL each. 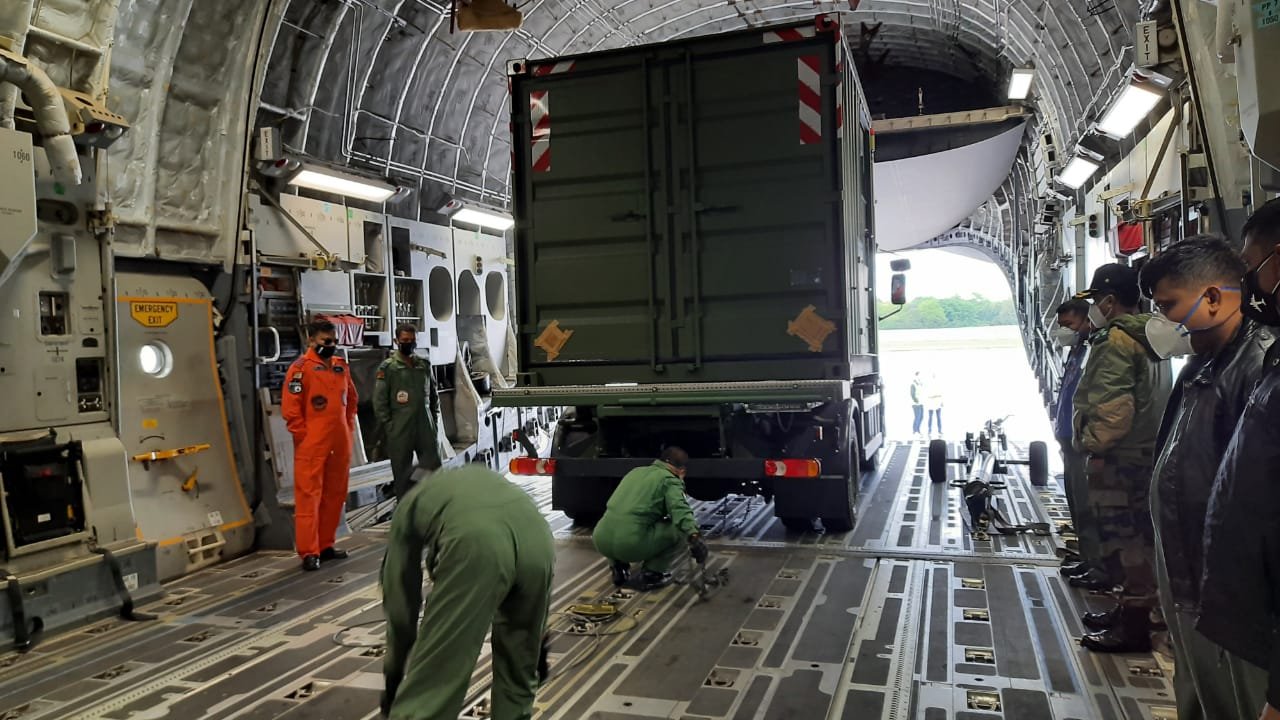 They can be used for charging oxygen directly into a cylinder and supply to hospitals.

The IAF has flown more than 8.5 lakh miles both internationally and domestically to ferry 700 oxygen containers and tankers including a large number of them from outside the country.

The data shows that of the 2,950 ventilators received from abroad, the biggest beneficiary in terms of numbers was Kerala as it was provided 670 of them while Karnataka received 400 of these, the officials informed.

The Indian Air Force has also helped in the movement of over 6,450 oxygen cylinders received from friendly nations. (ANI)