New Delhi: On the occasion of Buddha Purnima, several Bollywood celebrities extended heartfelt greetings to their fans and followers on social media.

Veteran actor Hema Malini took to Twitter and posted the picture of a beautiful Lord Buddha idol. Along with the picture, she wrote, “Today is Buddha Poornima. The 2,583 rd birth anniversary of Lord Buddha. Let us all pray for the peace of mind, calm and self-awareness during this harmonious, non-violent and uplifting occasion.” 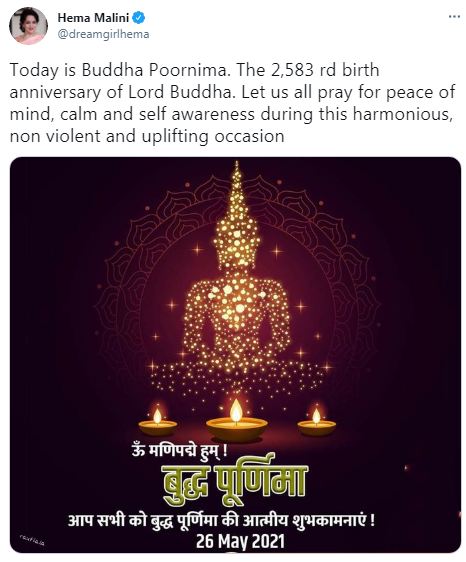 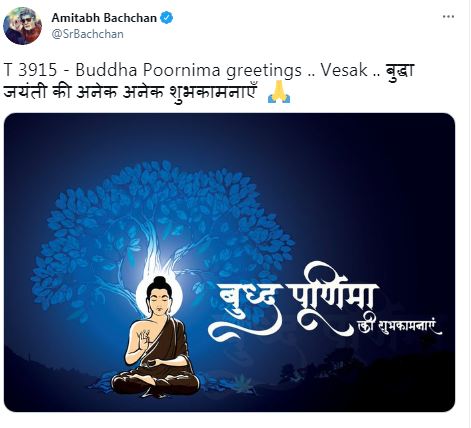 Urmila Matondkar also took to Twitter and quoted Lord Buddha. “Never regret being a good person to wrong people. Your behaviour says everything about you, and their behaviour says enough about them, #Buddha #BudhaPurnima,” she wrote. 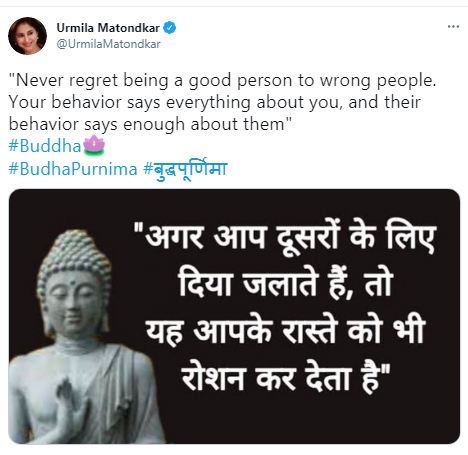 Filmmaker Madhur Bhandarkar shared a throwback picture of himself standing with folded hands in front of a grand idol of Lord Buddha. “Buddham sharanam gachchami. Happiness, peace, good health to all, people across the world on the auspicious occasion of #HappyBuddhaPurnima,” he wrote alongside the picture. 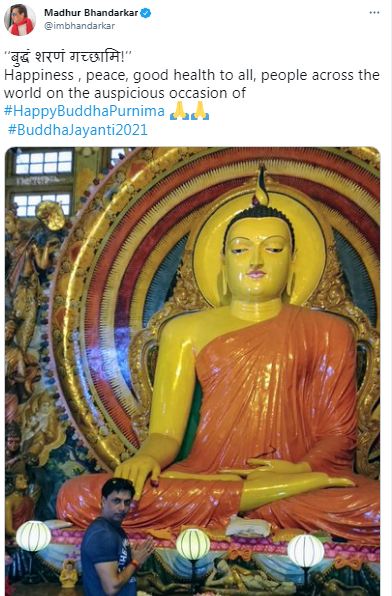 Veteran actor and politician Raj Babbar extended heartfelt greetings on his Twitter handle and wrote, “To all countrymen #BuddhaPurnima. Best wishes to you May this Holy Occasion be the beginning to eradicate our worries & darkness. May it heal us all.”

He also quoted Lord Buddha in his tweet writing, “Lord Buddha gave the message of the Middle Way,” and further added that he hopes, “those in power will start following this important message from today itself.” 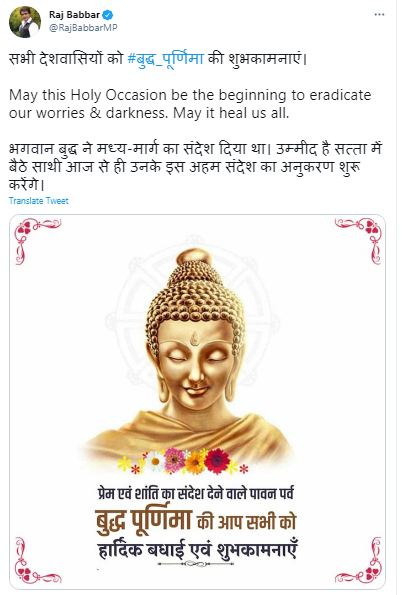 The festival of Buddha Purnima is celebrated to commemorate the birth of Siddhartha Gautama, who later became Gautam Buddha. (ANI)