Assam: Flood throws life out of gear in beautiful city of Haflong

Guwahati: Haflong– the beautiful city in Assam’s Dima Hasao district– has been devastated as a result of the ongoing flood in the state.

The city has been facing such damages as a result of heavy raining in the state for the past six days.

With the bar being completely ruined, it was also reported that the walls of the houses in this district have ruptured. The unmanageable water has brought a pause to the traffic and has made it nearly impossible for the people to live in their houses. 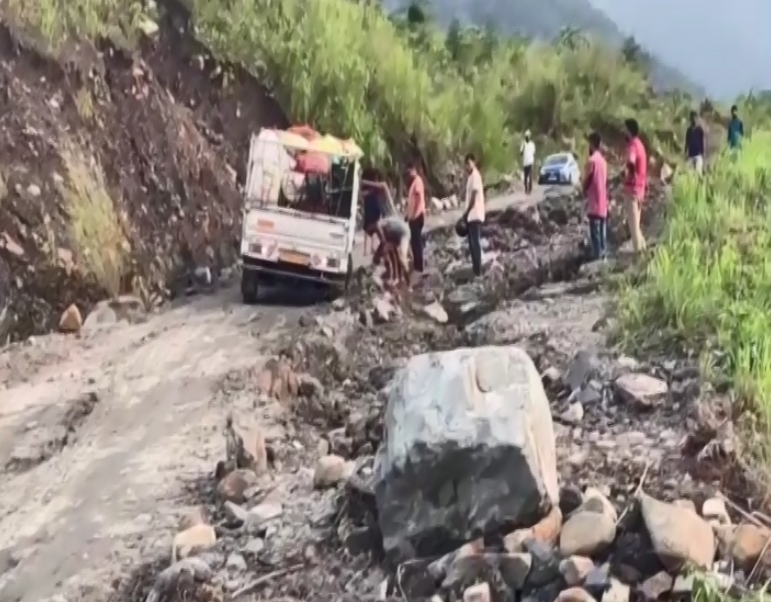 “We have been witnessing flood for six days and have seen the house getting damaged right before the eyes. Everything in the city, including the drinking water, school, and the road has been destroyed. We are also deprived of food and water,” a lady told ANI on Friday.

Meanwhile, on Friday, the Indian Air Force deployed its Chinook heavy-lift helicopters to deploy National Disaster Response Force (NDRF) personnel in the flood-affected areas of Haflong to help evacuate the people stranded (due to flood and landslides) in the area.

Earlier on Saturday, three people, including one woman, died due to a landslide in Haflong.

According to the reports of the Assam State Disaster Management Authority, nearly 7.12 lakh people in 29 districts of the state are currently reeling under the fury of floods; of which over 3.36 lakh people have been affected alone in Nagaon district followed by 1.66 lakh in Cachar district, 1.11 lakh in Hojai, and 52,709 in Darrang district of Assam.

Four persons, including two children, were reported dead on Friday after drowning in floodwaters in Cachar, Lakhimpur and Nagaon districts, thus raising the death toll due to floods and landslides to 14.

As per the report, 80,036.90 hectares of cropland and 2,251 villages are still underwater and a total of 74,705 flood-affected people are currently lodged in 234 relief camps set up by the district administration.