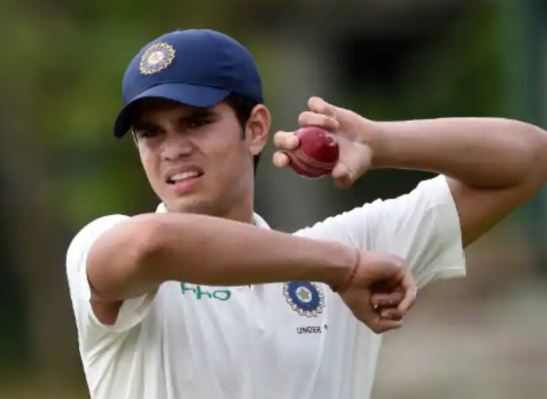 Guwahati: Arjun Tendulkar, the son of the legendary Sachin Tendulkar, has registered himself in the upcoming Indian Premier League (IPL) auction to be held on February 18 in Chennai. The 21-year-old has set his base price at INR 20 lakhs.

The youngster has been a net bowler for the Mumbai Indians (MI) for quite a few seasons and also travelled to the United Arab Emirates a few months back. He made his U19 debut in 2018 but didn’t take part in the 2020 U19 World Cup in South Africa.

Back in January, he made his debut for Mumbai in the 2021 edition of the Syed Mushtaq Ali T20 Trophy. In the two matches he played, he picked up two wickets against Haryana and Puducherry at an economy rate of 9.57. The southpaw didn’t get many chances with the bat though.

In the year 2017, Arjun was seen bowling to the Indian batters at the Wankhede Stadium in Mumbai. Once, he also hit England batsman Jonny Bairstow on the toes with a lethal Yorker. Arjun also bowled to the Indian batsmen on the tour of the United Kingdom in 2018.

As far as the IPL auction is concerned, Harbhajan Singh, who was a part of the Chennai Super Kings and MI in his career, has put his base price at INR 2 crore. The veteran is itching to get back on the park.

‘“I am looking forward to the IPL, I am preparing hard for it. Even last year, I was keen on playing but because of the pandemic I could not,” Harbhajan was quoted as saying on Cricbuzz.

“I needed to be around my family. At that stage I thought skipping IPL was the right decision. There is a lot of cricket left in me, very much. Fitness-wise, I am quite fit, I worked hard on my fitness during the lockdown. Unfortunately, I could not do anything (participate in the IPL). I am looking forward to being on the park again and doing what I can do best,” he added.

In another update, Mitchell Starc has pulled out of the upcoming IPL auction. S Sreesanth, who last played in the IPL back in 2013, has registered his name in the auction.