With the year coming to an end, Twitter India shared the details of the most retweeted tweets and most tweeted handles of the micro-blogging site in Entertainment, Sports, and Politics categories.

Beating all celebrities of the Indian entertainment industry, Amitabh Bachchan topped the list of male category for the top entertainment handle, leaving behind, Akshay Kumar and Salman Khan who stood at second and third positions respectively. 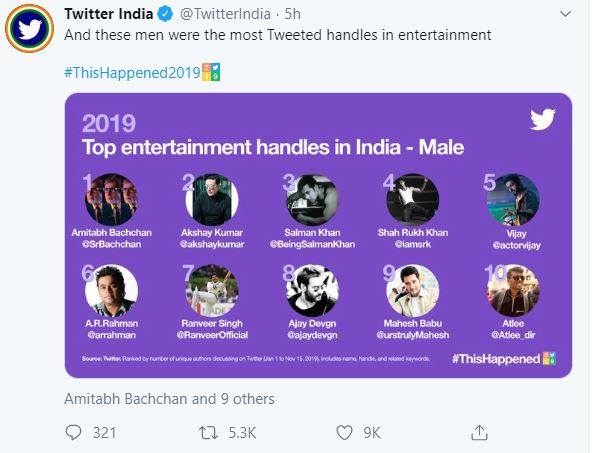 Twitter handles of musician A.R. Rahman, actors Ranveer Singh and Ajay Devgn are others that made it to the list of top ten entertainment Twitter handles in the male category. 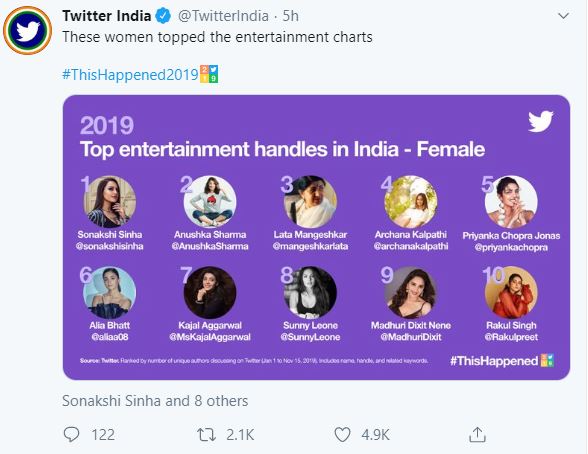 Bollywood beauties, Madhuri Dixit Nene, Alia Bhatt, Priyanka Chopra Jonas, and Sunny Leone are others that were featured in the list of top ten entertainment Twitter handles in the female category. (ANI)

Gmail now lets you send email as an attachment