MUMBAI: Actor Yami Gautam has been treating her fans with stunning pictures from her intimate wedding ceremony with filmmaker Aditya Dhar.
On Monday, she posted another photo of her as a new bride, leaving her fans in awe of her beauty. 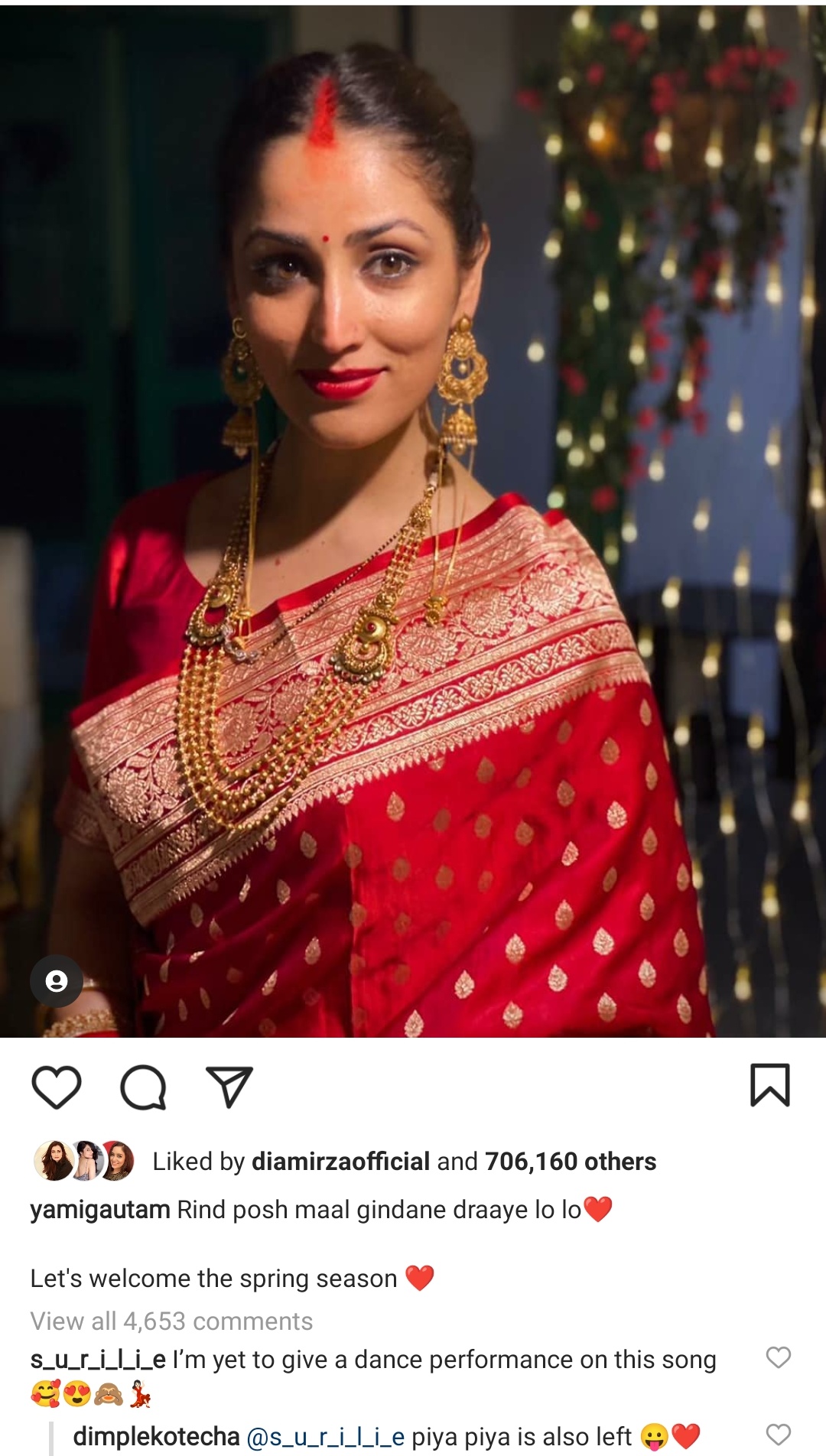 The ‘Vicky Donor’ actor can be seen wearing a bridal red saree along with heavy traditional jewellery. She did not forget to complete her look with red lipstick and vermillion (sindoor).
For the picture’s caption, she used a line from the song from the movie ‘Mission Kashmir’, which starred Hrithik Roshan and Preity Zinta in the lead roles.
“Rind posh maal gindane draaye lo lo (Let’s welcome the spring season),” she wrote.

Seeing the caption, Yami’s sister and Punjabi actor Surilie Gautam revealed that her wedding dance performance on the song is still left.
“I am yet to give a dance performance on this song,” Surilie quipped.
Fans called Yami the ‘prettiest bride’.
“You are looking so beautiful. Never seen such beautiful bride in life,” a social media user commented.
“Beautiful Indian bride,” another user wrote.
Yami got married to Aditya in a private ceremony on June 4. The two have worked together on the hit film ‘Uri: The Surgical Strike’.
Speaking of Yami’s upcoming work projects, she will be seen essaying the role of an IPS officer in ‘Dasvi’. She is also a part of ‘Bhoot Police’ — co-starring Saif Ali Khan, Arjun Kapoor and Jacqueline Fernandez. It is scheduled to release on September 10, 2021. (ANI)