Day after his remarks on animal sacrifice rituals at the Kamakhya Temple created controversy across the State; the youth icon of Assam Zubeen Garg said he “won’t be performing on the Bihu functions anymore.”

WATCH: Why is Zubeen saying bye bye to stage functions?

Performing at Silghat Bihu function last night the Assam singer said that he will be seen next time on the big screens as his two upcoming films are getting ready to be released. It should be noted that ‘The Underworld’ directed by Rajesh Jashpal and Zubeen’s next directorial venture ‘Kanchenjunga’ are set to release within this year; both starring Zubeen in the lead.

He said, “It is my last function and I will be concentrating more on films, rather than performing on stages.” Zubeen also urged people to plant ‘Nahar’ saplings, especially on the coming environment day.

WATCH: Zubeen Garg as a drummer at Silghat Bihu function

The singer was also seen playing drums, while his co-singer Ritrisha was singing at the Silghat Bihu function. 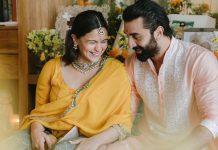 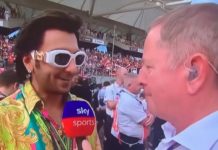