Kohli took to Twitter and wrote, “Phenomenal achievement by our golden girl @Himadas8. You are certainly making us proud. Hats off to your spirit. Wish you continued success. #HimaDas.” 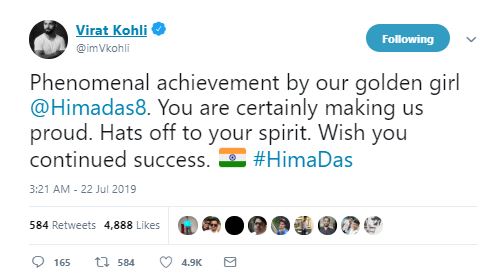 At the Nove Mesto Athletics Meet on July 20, ace sprinter Hima Das claimed her fifth gold medal in three weeks. She clocked a timing of 52.09 seconds to complete the 400m race, registering her season-best timing.

“Loving the way you have been running in the European circuit over the last 19 days. Your hunger to win and perseverance is an inspiration for the youth.

Congrats on your 5 Medals! All the best for the future races, @HimaDas8,” former India batsman Sachin Tendulkar tweeted. 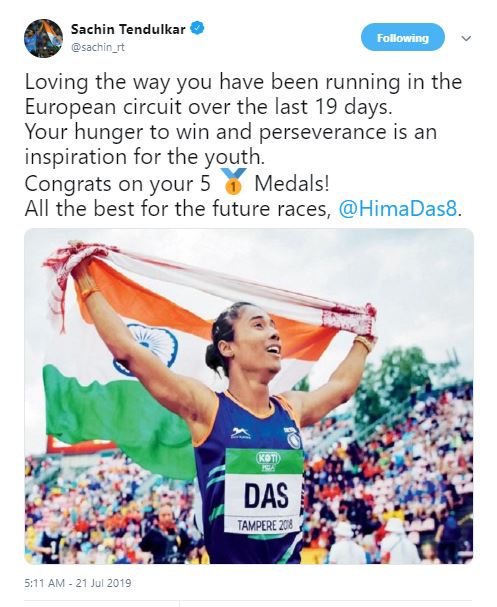 Earlier, Hima won gold in 200m in Tabor Athletic Meet on Wednesday.
Hima is also known as ‘Dhing Express’ as she hails from the Dhing town in Nagaon district of Assam.

Another former cricketer Mohammad Kaif took to Twitter and hailed Das’ performance and congratulated her for the feat.

“5 golds in 19 days and I am sure 5 of the many more to come. What a Champion is @HimaDas8. Making India Proud!,” Kaif tweeted. 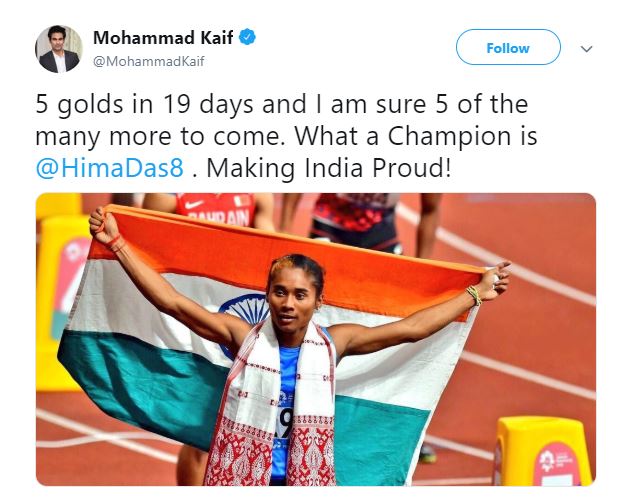 Young India cricketer Rishabh Pant, who was included in the Indian squad in all formats for Windies tour tweeted, “You are an absolute inspiration @HimaDas8. The golden girl of India salaam boss.” 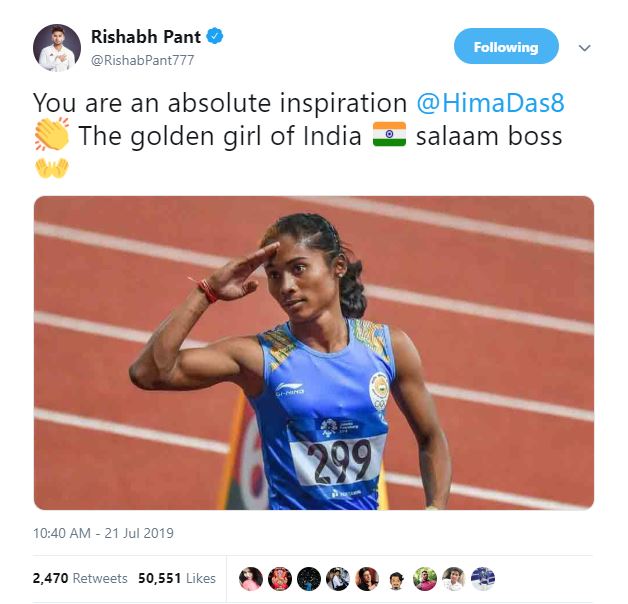