The minister said that efforts are on to rescue those got trapped after the incident.

“Around 34 people are trapped inside the tunnel. We have been able to access up to about 70 meters inside the tunnel, we have to further move for about 180 meters. Communication has not been established yet,” Sing told reporters.

An avalanche near Uttarakhand’s Tapovan on Sunday morning damaged a part of an under-construction hydropower project, which comes under the National Thermal Power Corporation (NTPC).

“While rescue operations are on, the situation is being monitored continuously with the help of district administration and likely loss or damage caused is being assessed. Appropriate insurance cover is available for the loss/damage caused,” the NTPC said in a press release. 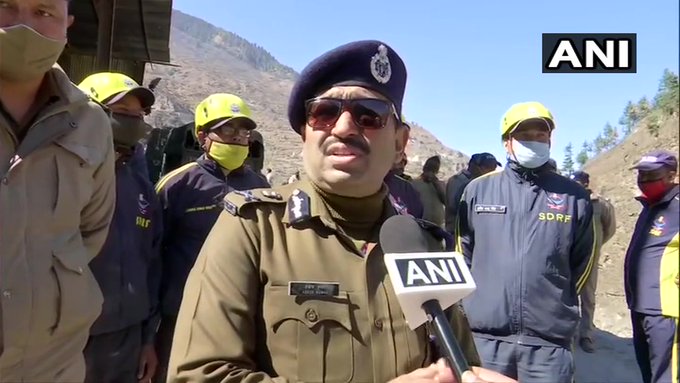 The incident has raised doubts over the presence and the need for monitoring the glaciers in the region landlocked by Himalayan foothills, which receive heavy snowfall during the winter season every year.

“We will monitor glaciers through remote monitoring or by setting up posts nearby. If people are alerted in advance then many lives can be saved,” the power minister informed.

Chief Minister Trivendra Singh Rawat said that a total of 203 people remain to be found.
Speaking to ANI, Ashok Kumar, Director General of Police (DGP) said that the missing workers are most probably from eastern Uttar Pradesh and Bihar.

“The workers who are missing are most probably from eastern UP (Uttar Pradesh) and Bihar. I have been contacted in this regard that 30 of these people (missing) are from Lakhimpur Kheri (UP),” he said. 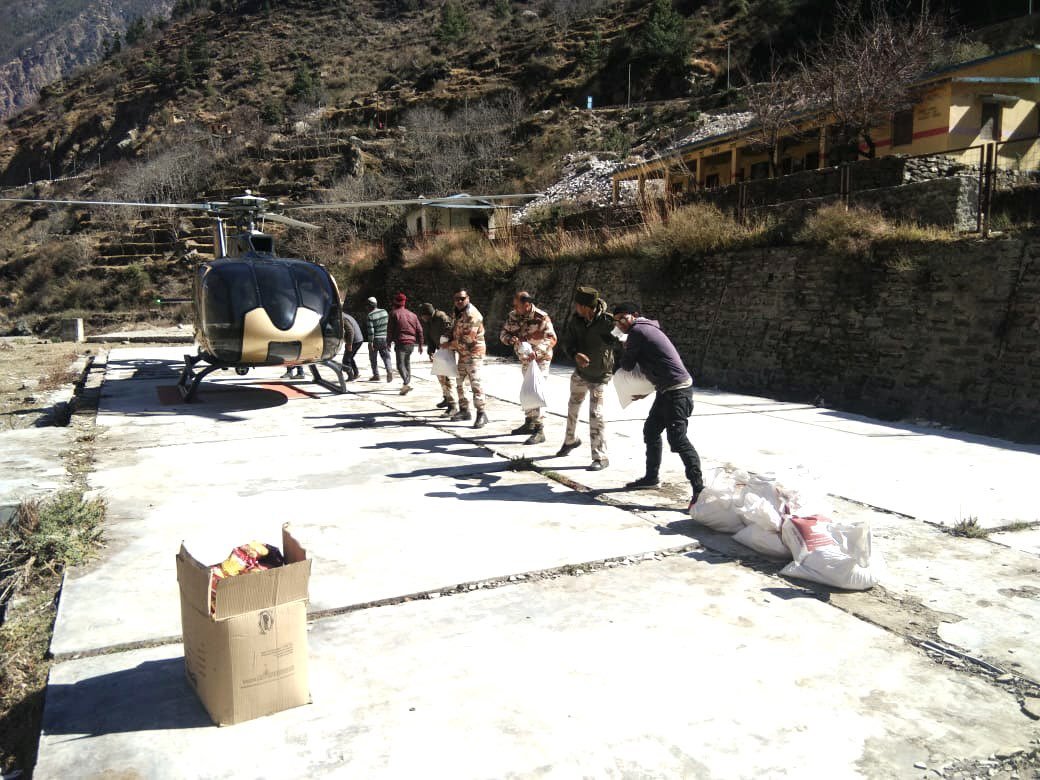 Indo-Tibetan Border Police (ITBP) personnel have provided the ration packets to the stranded people in about nine villages.

“As Raini bridge was swept away by the flood, ITBP personnel providing ration packets to the stranded people of about 9 villages through choppers in Uttarakhand,” read the tweet byHome Ministry.

Indian Air Force (IAF) has launched the second wave of Mi-17 and Chinook helicopters from Dehradun for Joshimath with the rescue and relief teams on board.

“The second wave of Mi-17 and Chinook helicopters has been launched from Dehradun for Joshimath with rescue and relief teams on board. IAF Task Force Commander is coordinating with state authorities for ongoing Humanitarian Assistance & Disaster Relief (HADR) efforts,” said Indian Air Force. (ANI)