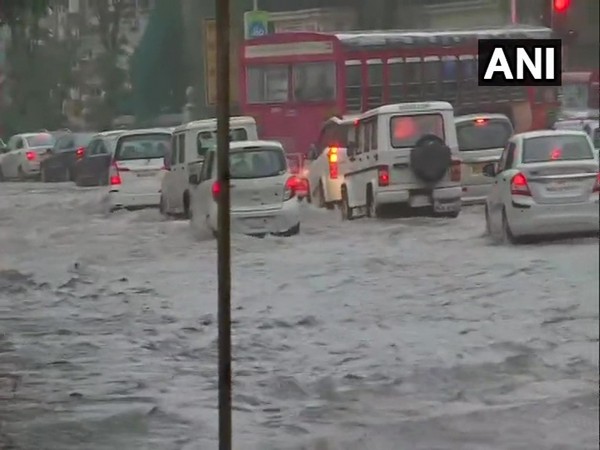 Mumbai: Maharashtra Chief Minister Uddhav Thackeray reviewed the situation after heavy showers crippled Mumbai and its neighbouring areas and instructed the officials to be alert and prepared as India Meteorological Department has forecasted heavy rainfall for Thursday as well.

“CM Uddhav Balasaheb Thackeray also reviewed the situation with district collectors of Ratnagiri, Sindhudurg, Palghar, Kolhapur, Thane and Raigad districts as they have been experiencing heavy rainfall,” the CMO said.

“Intense to the very intense spell of rainfall likely to continue over Mumbai and during the next three hours. Sharing details of the rainfall the city received from 8:30 am till 5:30 pm, the IMD tweeted, Rainfall received at Colaba: 22.9 cm, Santacruz: 8.8 cm. Presently strong winds with speed reaching 70 Kmph along the coast are prevailing and likely to continue during the next 3-4 hours,” the IMD informed.

Heavy waterlogging and traffic congestion have also been reported in several parts of the city following heavy rainfall. The Brihanmumbai Municipal Corporation (BMC) has arranged shelters in the nearby BMC schools for the people stranded due to heavy rains and local train services disrupted.

However, heavy waterlogging and traffic congestion reported near Wilson College in Girgaon following heavy rainfall in Mumbai.
“In wake of the heavy downpour, temporary shelters have been opened at Municipal Schools between CST and Kurla. Residents in vulnerable areas are being duly shifted,” the BMC said.