New Delhi (India): Manasi Joshi who brought pride and glory to the nation by winning gold at the recently concluded World Para-Badminton Championships, is being hailed on Twitter.

Joshi had defeated three-time world champion Parul Parmar 21-12, 21-7 in the finals to bag her maiden title.

Twitterverse was sent into a tizzy after Joshi’s feat and many took to the platform to applaud the star whose name was trending with close to 9,000 tweets.

“In the high of PV Sindhu getting Gold in the world championship, we forgot to wish #ManasiJoshi, who won Gold in World Para-Badminton championship! Here is it wishing her,” Kiran Bedi, Governor of Puducherry tweeted. 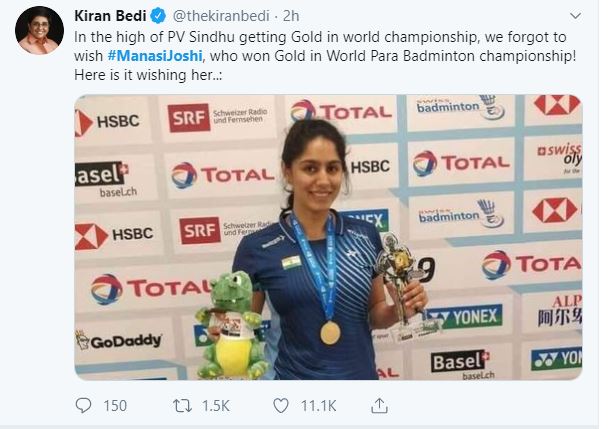 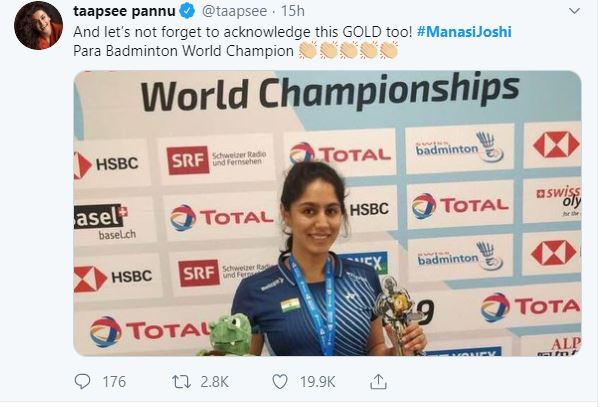 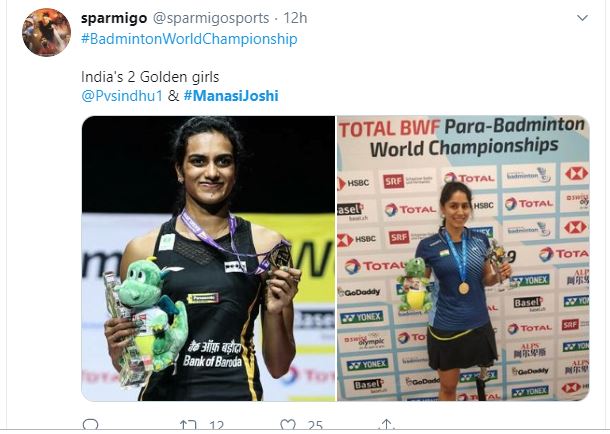 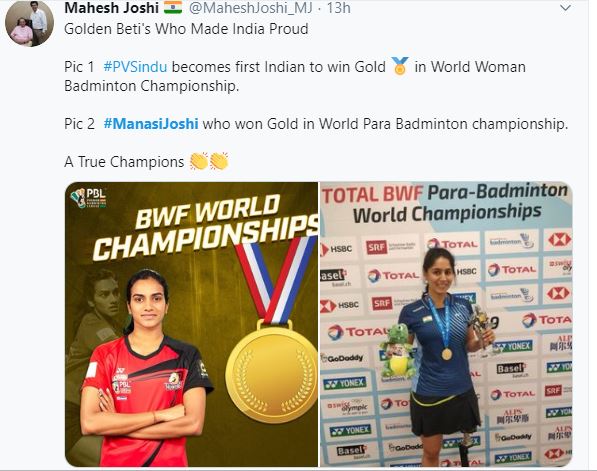 “We are proud of P.V.Sindhu. And equally proud of Manasi Joshi who won Gold in the recently concluded BWF para-badminton championship! Please spread the message,” a Twitter user wrote.

“Manasi Joshi won gold in para-badminton. She deserves the same appreciation as PV Sindhu got #respect,” another fan tweeted. 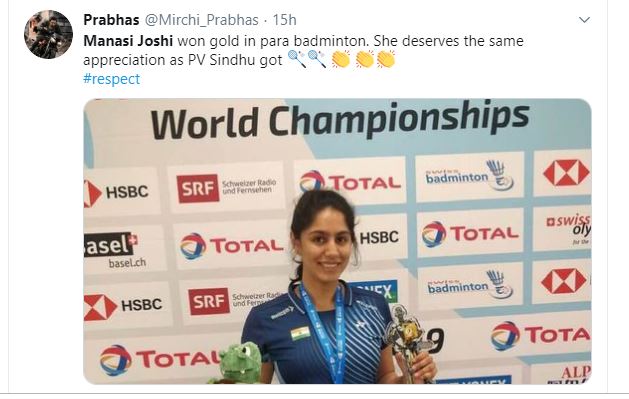 Ace shuttler PV Sindhu who became the first Indian to win a gold medal at the BWF World Championships was also awarded Rs 10 lakhs by Rijiju.

Rijiju had said that the para-badminton team brought glory to the country and deserved to be rewarded.

“We want to ensure that all athletes are meted out the same facilities by the government. The para-badminton team has performed very well and brought glory to the country. They deserve to be rewarded for their hard work,” Rijiju had said (ANI)