Despite a ban on victory processions imposed by the Election Commission (EC) in the wake of rising COVID-19 cases in the country,Trinamool Congress workers and supporters were seen celebrating in large numbers at Kalighat here on Sunday, as official trends show the party leading.

DMK workers and supporters were seen celebrating in large numbers outside Anna Arivalayam, the party headquarters here, as official trends suggested the party is leading in the Assembly polls. 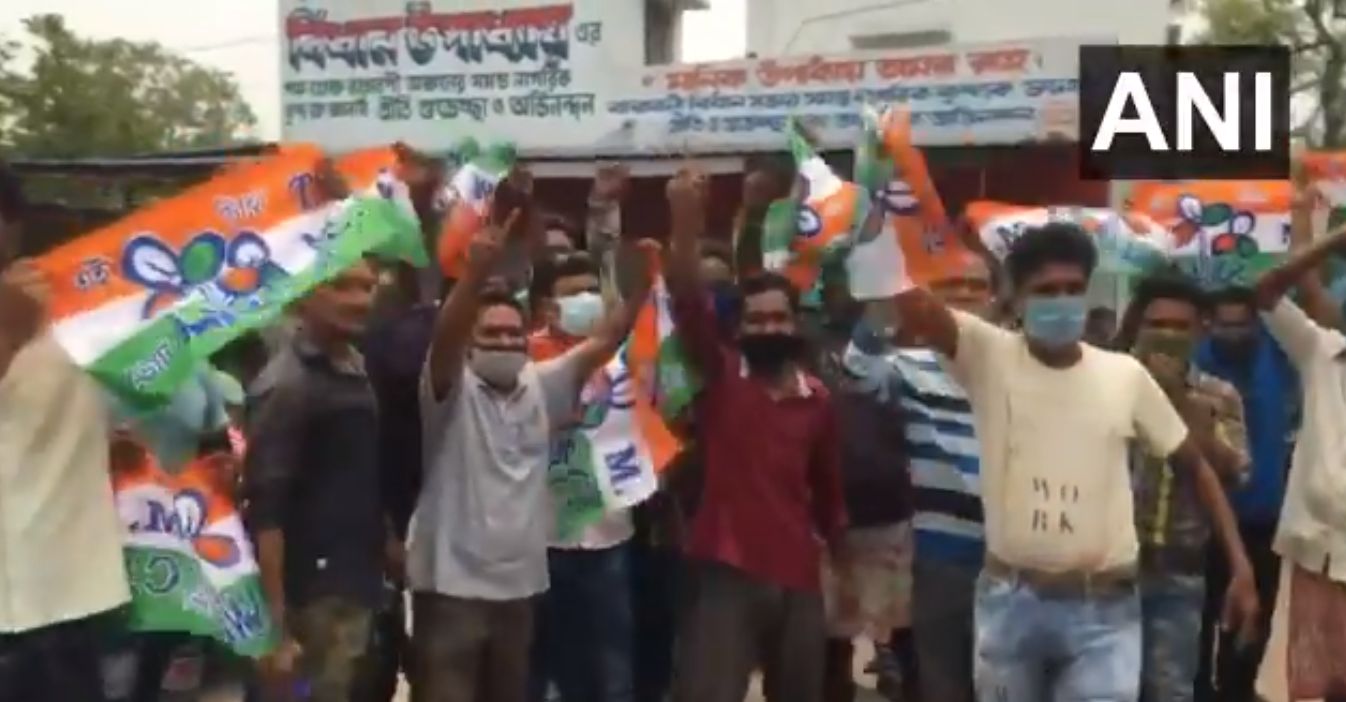 In the wake of inconceivable gush in the number of COVID-19 cases, the Election Commission had earlier banned all victory processions on or after the day of the counting of votes.

The order copy by the Election Commission read, “In view of the surge in COVID 19 cases throughout the country, the Commission has decided to make more stringent provision to be followed during the process of Counting, in addition to exiting Broad Guidelines dated 21st August, 2020 and has directed that no victory procession after the counting on 2.5.2021 shall be permissible.

It further stated that not more than two persons shall be allowed to accompany the winning candidate or his/her authorised representative to receive the certificate of election from the Returning Officer concerned.

Amid reports of various political parties holding victory processions as counting of votes cast in the assembly elections to four states (West Bengal, Tamil Nadu, Kerala and Assam) and one union territory (Puducherry) is underway, the EC has asked the respective State Chief Secretaries of these states and UT to take immediate action to stop such gatherings.
The EC has taken serious note of some reports coming in of congregations of people to celebrate anticipated victory and has directed chief secretares of all five states to file FIR in each such case, suspend SHO of the concerned police station and report action taken immediately of each such incidence.

The trends pointing towards TMC crossing the halfway mark in the state having 294 assembly seats.

The counting of votes in the state has begun on Sunday at 8 am following the COVID-19 protocol.

292 seats went to the polls in the 294-member West Bengal Assembly. Polling in two constituencies was deferred due to the death of contestants.