The car rally consisted of more than 200 cars decorated with both Indian and Canadian flags. It started from Radio India (York Business Center) Surrey to Vancouver.

Pictures and videos shared by the Consulate General of India in Vancouver showed people waving the Indian and Canadian flags and raising patriotic slogans.

The iconic Niagara Falls was illuminated in the colours of the Indian national flag as part of the Independence Day celebrations. 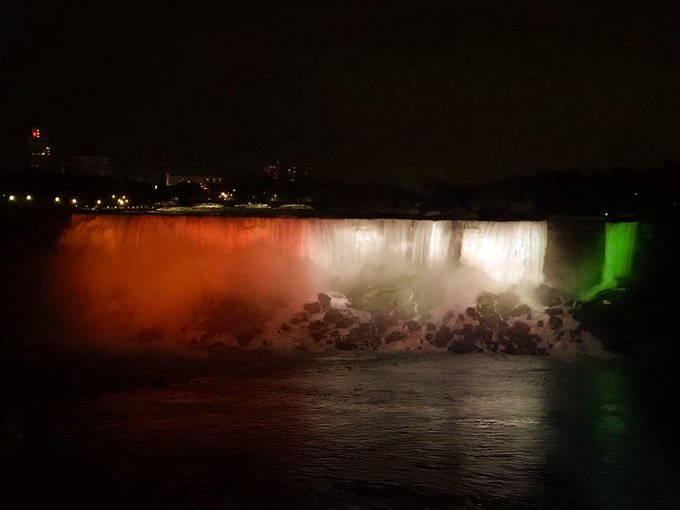 “And to top up the celebrations, the iconic #niagarafalls light up in Indian colours on our #74thIndependenceDay. Thank you Canada, thanks to Team @IndiainToronto. No better emblem of the strength of Indian-Canadian ties!” he tweeted.

“Today, we join the people of India and Indian-Canadian communities across Canada to celebrate the Independence Day of India, the world’s largest democracy. Canada and India have a strong, longstanding, and vibrant relationship built on our shared traditions of democracy and pluralism, and deep cultural and people-to-people ties,” he said in a statement.

“The over one million Canadians of Indian heritage have made — and continue to make — many important contributions to our country,” he said in a statement. (ANI)