The Supreme Court on Tuesday sought suggestions from the state cricket associations and Board of Control for Cricket in India (BCCI) office-bearers on the draft constitution for the apex cricket body. It asked the state Cricket bodies and BCCI to give their suggestions to the amicus curiae before the next date of hearing on 11th of this month.

The bench, which comprised Justices A M Khanwilakr and D Y Chandrachud, said the draft constitution to be approved by it, would be binding on the BCCI. However, it clarified that its order on petitions seeking a recall of the 2016 verdict would deal with the validity of the draft constitution.

A bench headed by Chief Justice Dipak Misra also disposed off a contempt petition filed by Cricket Association of Bihar against the BCCI officials for not implementing its earlier order allowing Bihar to play national level cricket tournaments.

The bench also directed Maharashtra Cricket Association to postpone its elections on Wednesday till the next date. 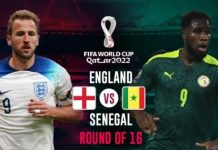