New Delhi: Actors Sidharth Malhotra and Rashmika Mandanna along with the rest of the cast and crew of ‘Mission Majnu’ began shooting for the film on Saturday.

The Shantanu Bagchi directorial is being filmed in Uttar Pradesh’s Lucknow.

Film critic and trade analyst Taran Adarsh took to Instagram to share a picture of the clapperboard to announce that the film has gone on floors. 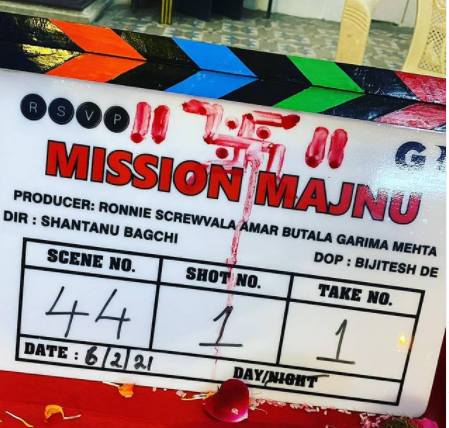 The film that will star Sidharth Malhotra in the lead, is inspired by real events set in the 1970s. It is the story of India’s most courageous mission in the heart of Pakistan that forever changed the relationship between the two nations.

Written by Parveez Shaikh, Aseem Arrora, and Sumit Batheja the thriller stars Malhotra as a RAW agent who leads the mission.