Celebrated as an esteemed platform to honour and encourage some of the finest and most creative minds from the Indian cinema including actors, writers, creators, and filmmakers, the Dadasaheb Phalke International Film Festival Awards are all set to take place in Mumbai on the 20th February 2021. 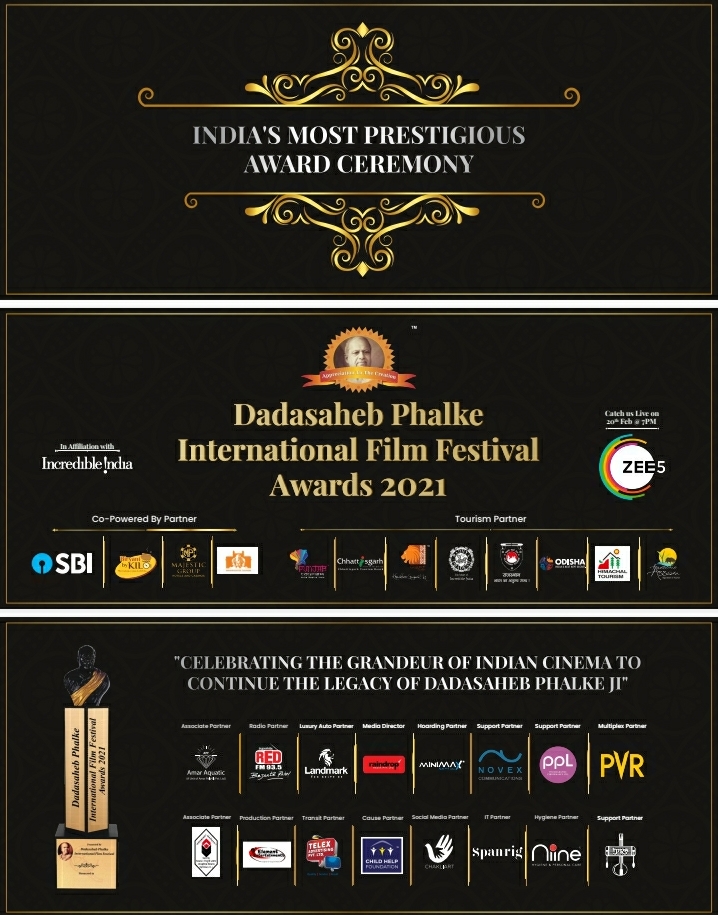 High on glamour and entertainment, the 5th edition of the prestigious awards is expected to be the biggest annual gala of the Indian cinema this year.

To encourage the spirit of the team, PM Modi sent a special message on Friday. The letter read, “It is a pleasure to learn about the Dadasaheb Phalke International Film Festival Awards 2021. The awards celebrate the legacy of Dadasaheb Phalke, a true visionary, whose pioneering role in the glorious journey of Indian cinema is Indelible.” 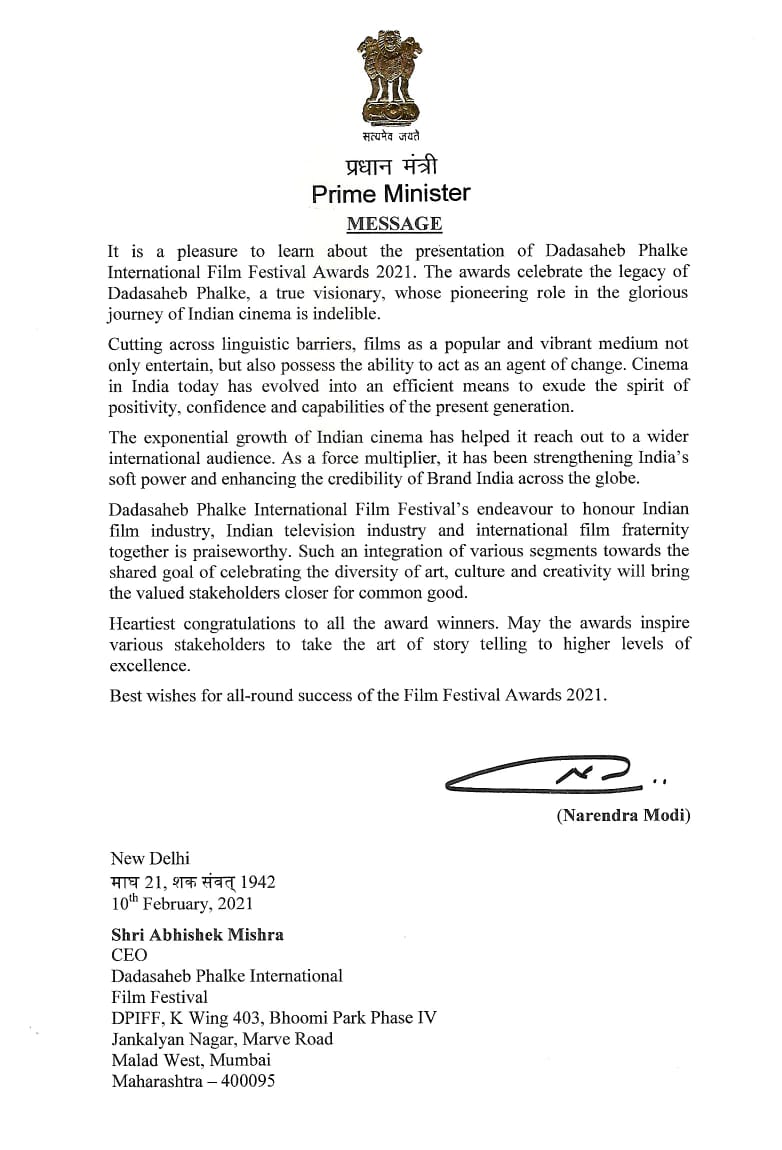 He added, “Heartiest congratulations to all the award winners. May the awards inspire various stakeholders to take the art of storytelling to higher levels of excellence. Best wishes for the all-around success of the Film Festival Awards 2021.”

Meanwhile, recently at their Press Conference, one of the ‘Most Versatile Actor’ category was unveiled and felicitated to actor Kay Kay Menon for his profound work and contribution to the Indian Film fraternity in the last three decades.

Founded by Anil Mishra in 2012, the awards, are regarded as the highest cinema honour in the country and are held in the presence of the Governor, celebrities, delegates, industrialists, diplomats, and the media.

For the unversed, this is India’s only independent award function with a mission to celebrate the legacy of Late Dadasaheb Phalke, who is regarded as the Father of Indian Cinema. (ANI)