Dhaka: During the first day of his visit to Bangladesh, Prime Minister Narendra Modi met with several community leaders, including representatives of minorities in Bangladesh, mukhtijoddhas, friends of India and youth icons, according to the Ministry of External Affairs (MEA). 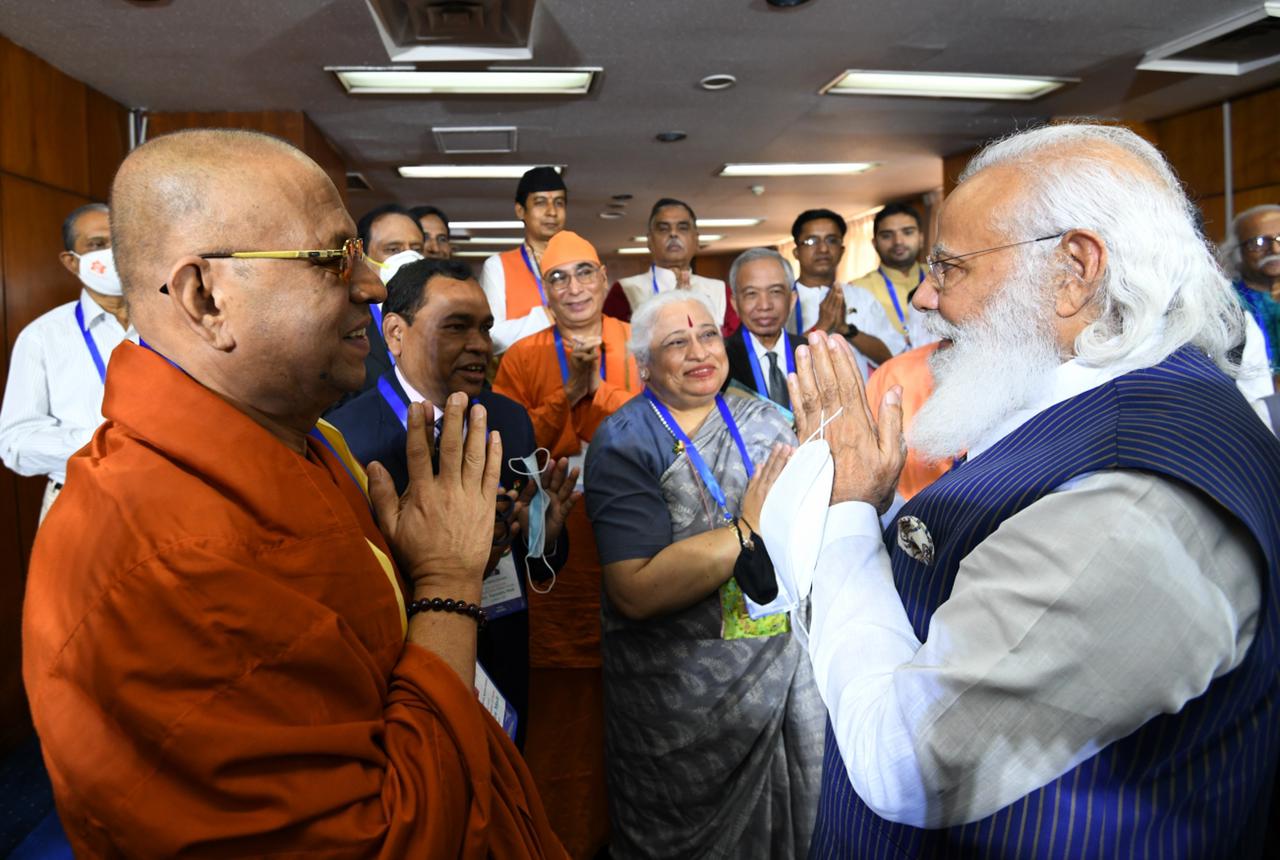 The Prime Minister received a warm welcome from the Indian diaspora as he marks his first foreign visit since the COVID-19 outbreak. 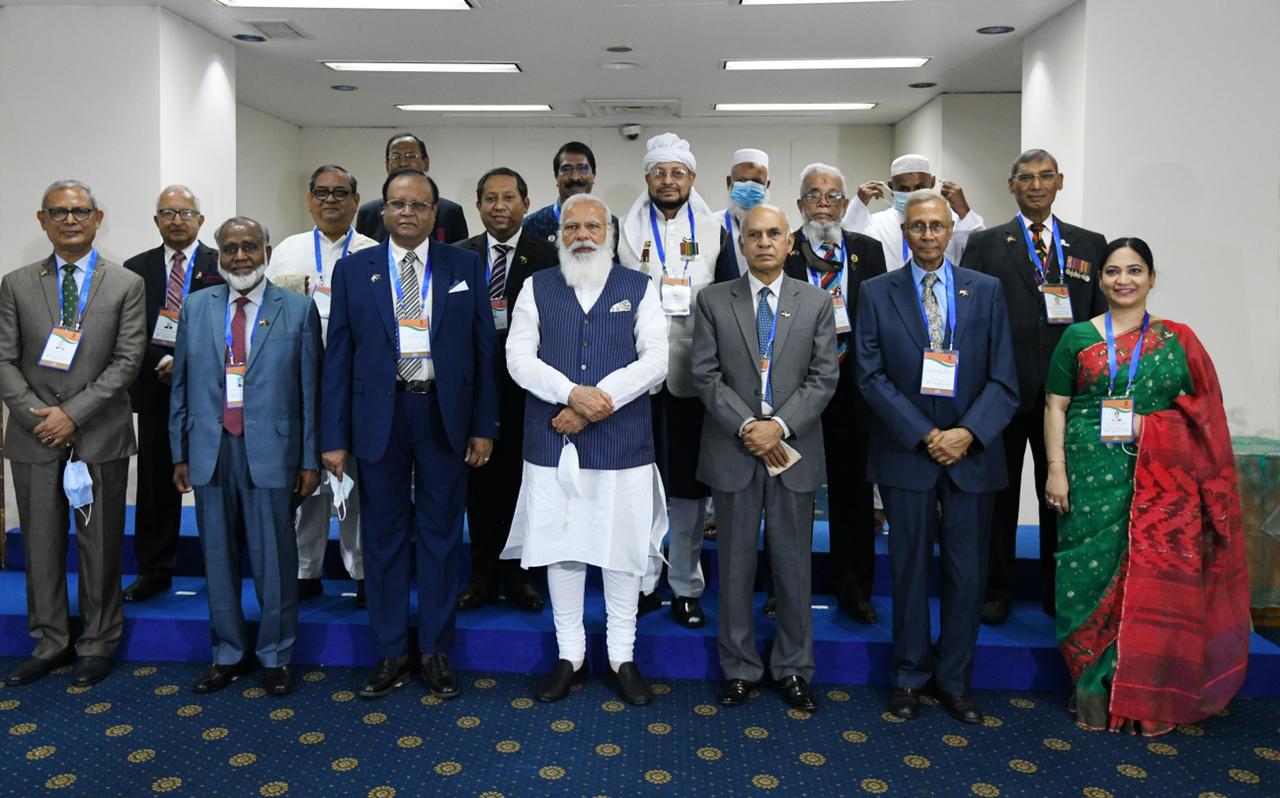 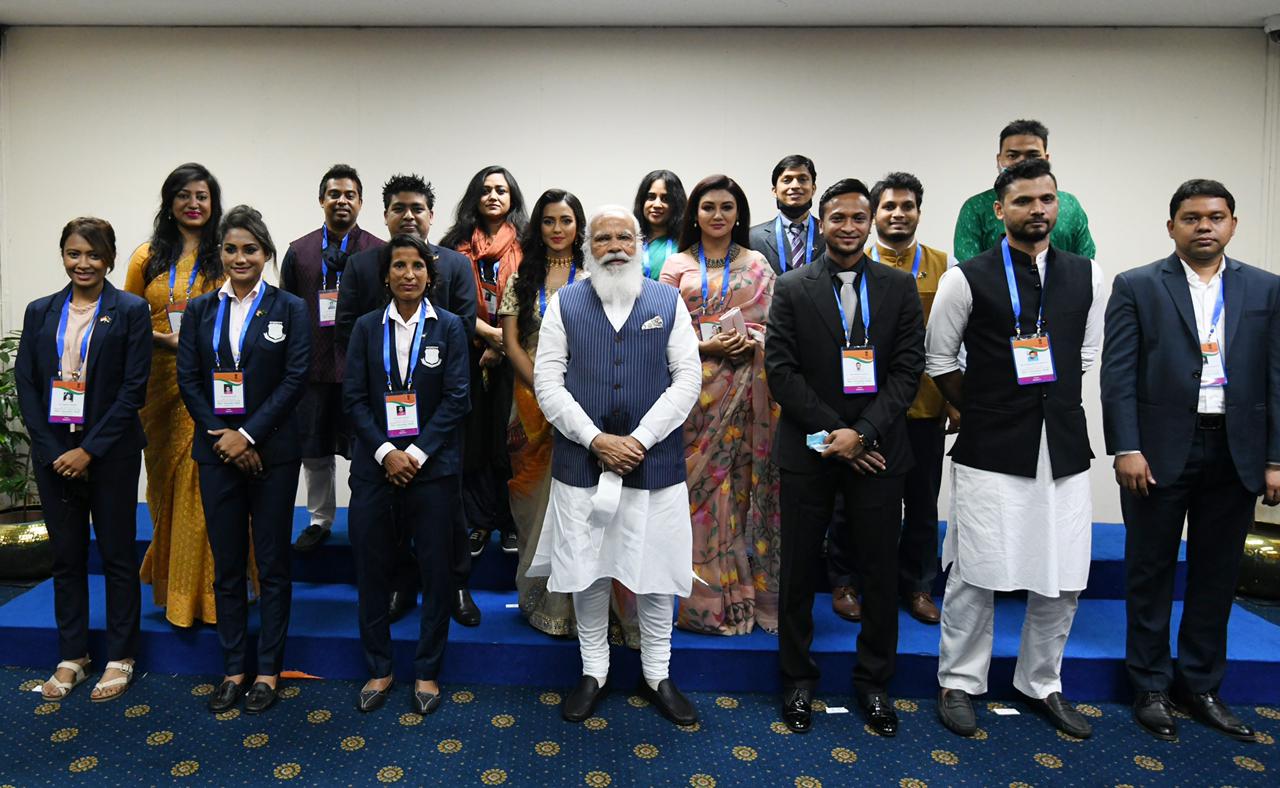 Soon after his arrival in Dhaka, he visited the National Martyrs’ Memorial (Jatiyo Sriti Shoudho), the National monument of Bangladesh to pay tributes to the valour and the sacrifice of those who gave their lives in the Bangladesh Liberation War of 1971.

He also planted a sapling of Arjun tree at the memorial premises and signed the visitor’s book in the monument, MEA informed.

“I pay my heartfelt tribute to the patriotic martyrs of Bangladesh, whose glorious sacrifices enabled the birth of this great nation. May every visitor to this revered ground honour the sacred memory of the millions who were slain but not silenced,” PM Modi wrote in the visitors’ book.

“Their valour will continue to inspire future generations to fight injustice and defend the cause of righteousness. On behalf of the people of India, I pray that the eternal flame at Savar remains a lasting reminder of the noble victory of truth and courage over deceit and oppression,” he further wrote.

The Prime Minister had arrived at the Dhaka airport earlier today for his two-day visit to Bangladesh. He received a warm welcome from his counterpart Sheikh Hasina.

He will later call on Bangladesh President Abdul Hamid during the visit and will hold restricted delegation-level talks with his counterpart Hasina. (ANI)