Ahmedabad (Gujarat) : Prime Minister Narendra Modi on Wednesday announced financial assistance of Rs 1,000 crore for immediate relief activities in Cyclone Tauktae ravaged state Gujarat.
Prime Minister also announced an ex-gratia of Rs 2 lakh to the next of kin of the deceased and Rs 50,000 to the seriously injured in the cyclone in the states of Kerala, Karnataka, Goa, Maharashtra, Gujarat, Rajasthan and the UTs of Daman and Diu and Dadra and Nagar Haveli.

Prime Minister Modi said the Centre is working closely with the affected state governments in the wake of the situation post the cyclone. Immediate financial assistance for these states would also be given after the respective state governments would share their assessments with the Centre.

According to the Prime Minister’s Office, the central government will deploy an Inter-Ministerial Team to visit Gujarat to assess the extent of damage in the state, based on which further assistance would be given.

Prime Minister said the Union government would closely work with the state government at this difficult time to extend all possible assistance for restoration and rebuilding of the infrastructure in the affected areas.

Prime Minister expressed his solidarity with all those who suffered due to the cyclone in different parts of India and expressed deep sorrow to the families who have lost their kin during the calamity.
“We have to continue the focus towards more scientific studies relating to disaster management,” he stated.

He called for devoting more focus to enhancing intra-state coordination as well as using modern communication techniques to ensure quicker evacuation from the affected areas. He also called for immediate attention to be devoted to repairing the damaged houses and properties across affected areas.

Prime Minister Narendra Modi on Wednesday chaired a meeting at Ahmedabad to review the relief and rehabilitation measures being undertaken in Gujarat and Diu.
Gujarat Chief Minister Vijay Rupani was present in the high-level meeting along with the top officials.

Prior to the meeting, the Prime Minister spoke to senior officials and took stock of the operations being undertaken to rescue personnel from capsized Oil and Natural Gas Corporation (ONGC) barge.

Earlier on Wednesday, the Prime Minister conducted an aerial survey of cyclone-affected areas of Gujarat and Diu. 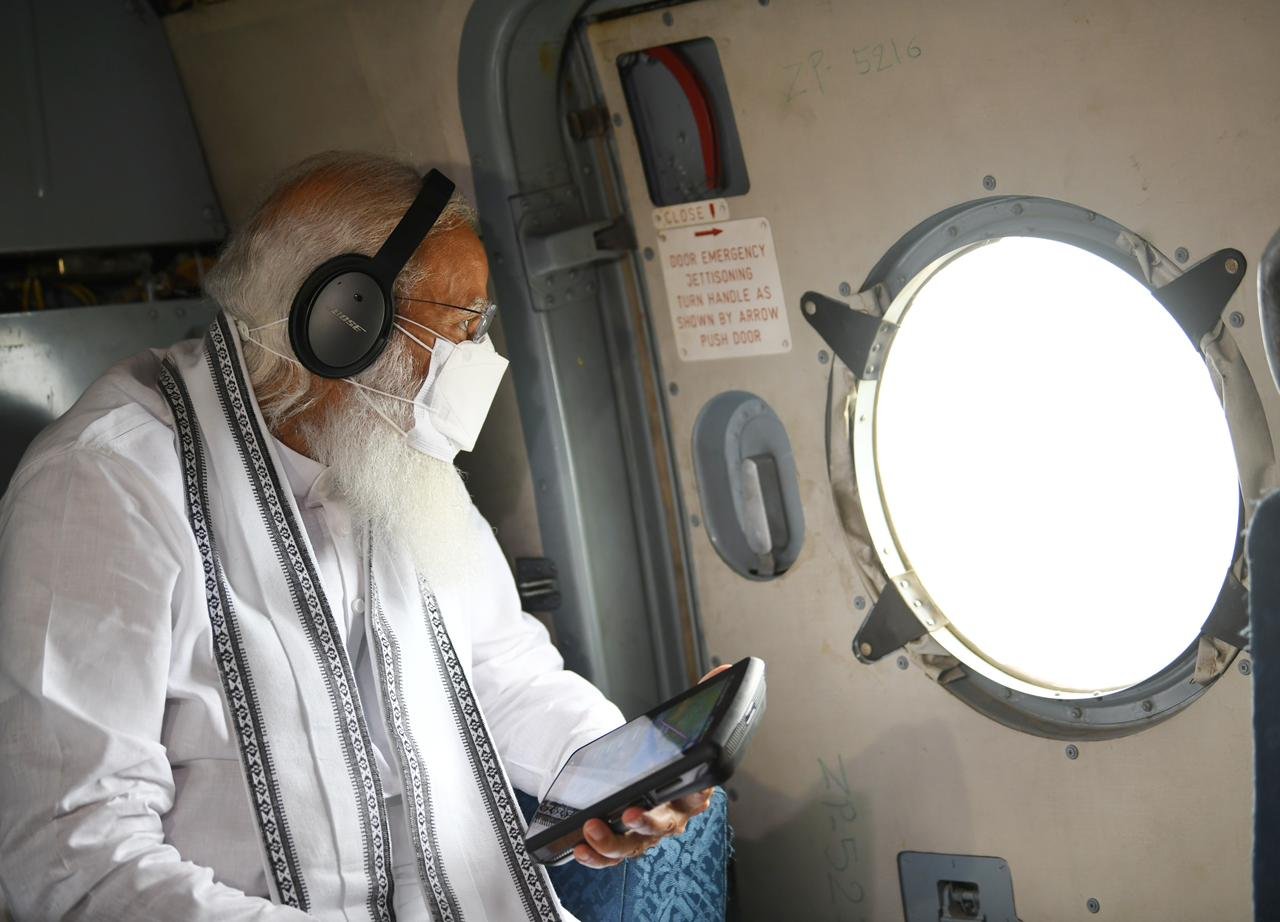 “Undertook an aerial survey over parts of Gujarat and Diu to assess the situation in the wake of Cyclone Tauktae. The Central Government is working closely with all the states affected by the cyclone,” tweeted Prime Minister Modi.

During his Gujarat visit, Prime Minister also took stock of the situation relating to the COVID pandemic. The state administration briefed the Prime Minister of the response measures being taken.

Tauktae stands to be the strongest storm to impact Gujarat since 1998 as it battered parts of the state and left behind a trail of destruction along the coast, uprooting electric poles and trees, and damaging several houses and roads, before weakening, officials said on Tuesday.

Cyclone Tauktae has impacted the weather conditions in several parts of Northern India including Uttar Pradesh, Haryana, Rajasthan and Delhi where rainfall was witnessed today. (ANI)