‘Part of my heart has gone with you’: Kriti Sanon remembers Sushant Singh Rajput

Sanon shared the screen space with the late actor in the 2017 romantic-drama ‘Raabta.’

The 29-year-old actor took to Instagram and condoled the ‘Kai Po Che’ actor’s demise through a heartfelt post. 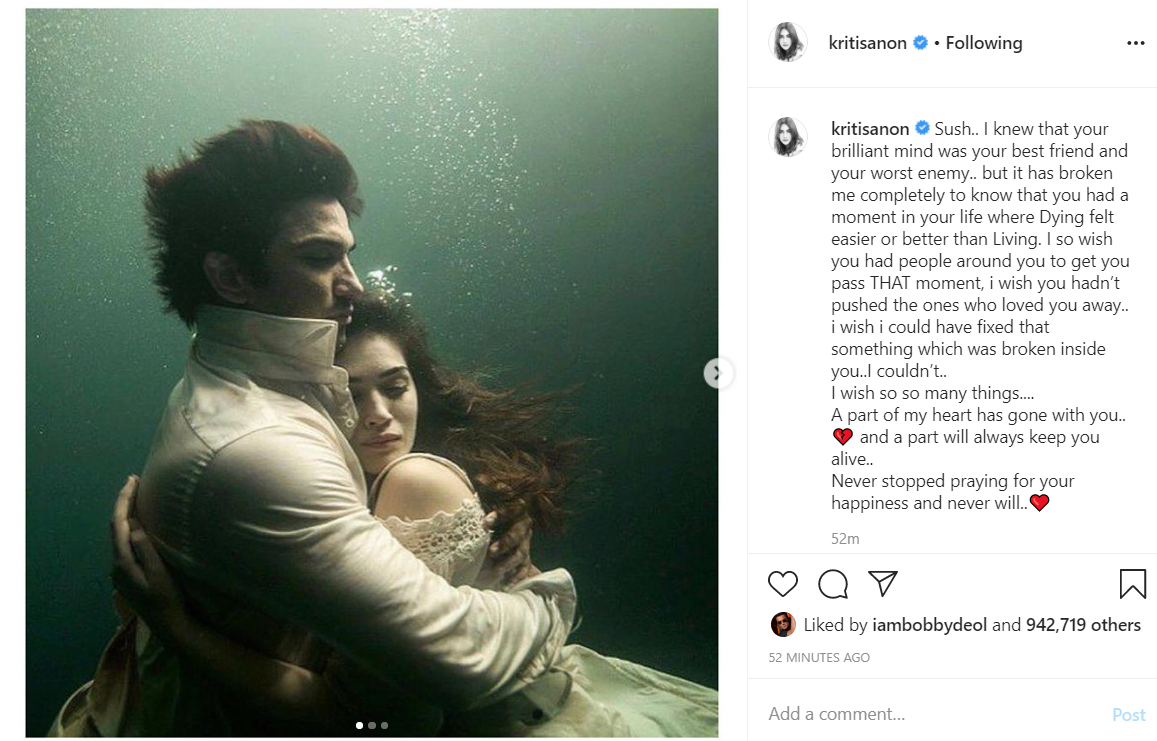 “Sush… I knew that your brilliant mind was your best friend and your worst enemy.. but it has broken me completely to know that you had a moment in your life where Dying felt easier or better than Living. I so wish you had people around you to get you pass THAT moment, I wish you hadn’t pushed the ones who loved you away… I wish I could have fixed that something which was broken inside you…I couldn’t…I wish so so many things….,” her post read.

She also shared three photographs with the late actor on the photo-sharing platform. One picture is a still from their film, while the other two are casual selfies, where both could be seen smiling. 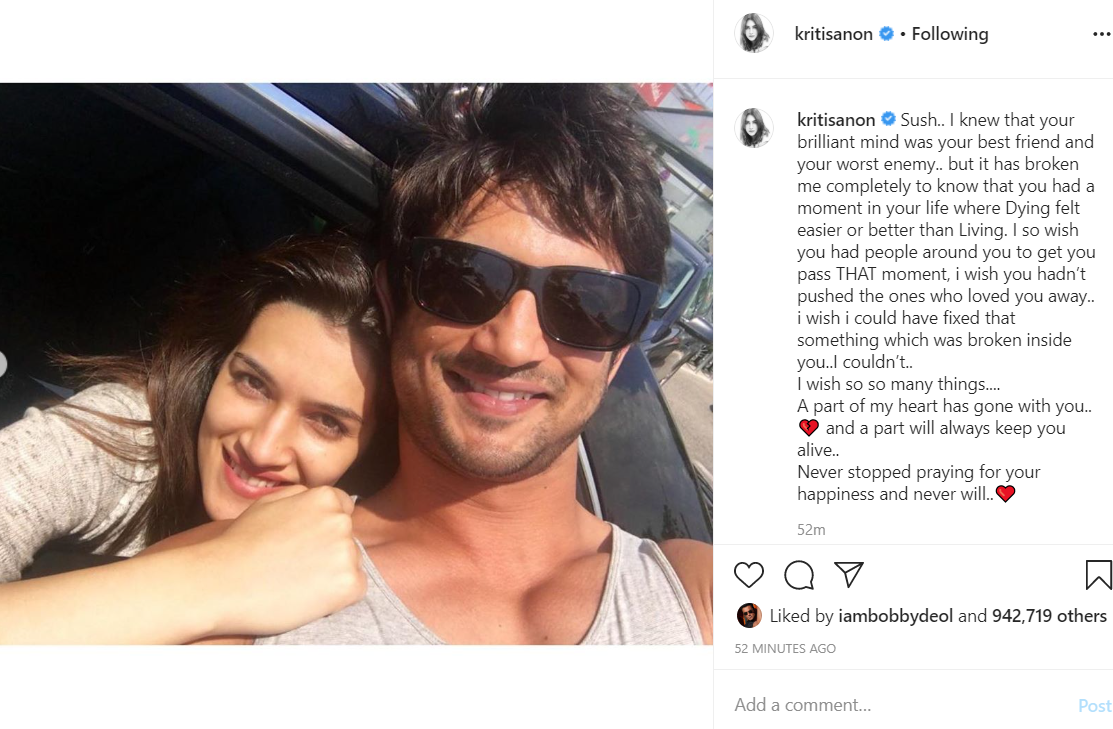 The ‘Panipat’ actor added: A part of my heart has gone with you.. and a part will always keep you alive..Never stopped praying for your happiness and never will..”
A fresh pair on screen, Sanon and Rajput’s chemistry in ‘Raabta’ was appreciated by many at the time of the release of the film.

On Monday, Rajput was cremated in Mumbai at Vile Parle’s Pawan Hans crematorium amidst heavy downpours and a small gathering of his relatives and close friends from the cinema industry.

Several Bollywood celebrities including Shraddha Kapoor, Vivek Oberoi, Varun Sharma, and others had arrived at the crematorium. Sanon was joined by casting director Mukesh Chhabra to bid farewell to the young actor.

Rajput had allegedly died of suicide at his Bandra residence by hanging himself on Sunday, as per the police.

The untimely death of Rajput has sent shockwaves among celebrities and his fans. Scores of actors and public figures from all quarters expressed their condolences. (ANI)