WASHINGTON: American actor Kristen Bell penned an adorable note for husband Dax Shepard as he ringed in his 46th birthday on Saturday (local time).
The ‘Burlesque’ star hopped on to Instagram and praised Shepard for his “commitment to growth” following a difficult year. In 2020, Shepard was involved in a serious motorcycle accident and suffered a relapse during his sobriety journey.
Alongside a photo with the ‘Zathura’ star, Bell noted, “It’s my favorite day of the year! When I get to celebrate the birth of my very favorite human on earth and spoil him till he rots.” 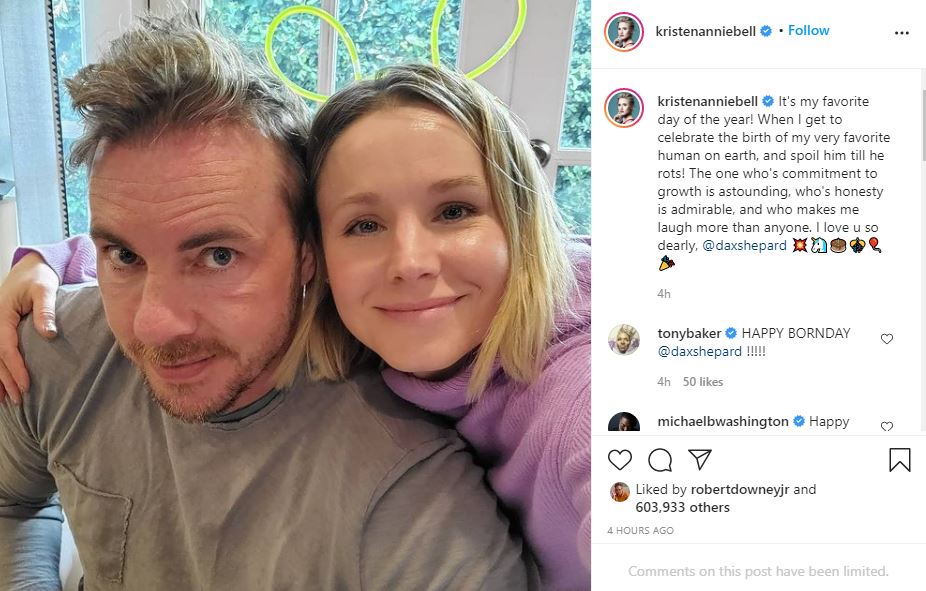 “The one who’s commitment to growth is astounding, who’s honesty is admirable, and who makes me laugh more than anyone. I love u so dearly,” she added.
Shepard exchanged the rings with Bell in 2013 and the two are parents to 6-year-old daughter Delta and 7-year-old son Lincoln.
Scores of Bell’s celebrity followers and friends wished Shepard a happy birthday as well.
“Happy birthday, daxaroonie!” Chelsea Handler wrote. “I like him too. happy birthday [Shepard],” Jimmy Kimmel wrote.
Several fans joined in the celebration, with some noting they shared the same birthday with Shepard. “Happy Birthday Dax. Thanks for setting the relationship goal bar so high,” one fan wrote. (ANI)