Kareena Kapoor Khan shares yet another drawing of Taimur The ‘Heroine’ actor posted pictures of her little boy on Instagram and shared drawings made by him–a picture of a lion.

As he posed for the camera, holding his drawing, the ‘Jab We Met’ actor wrote alongside: “Who’s the king of the jungle now? #QuaranTimDiaries #InhousePicasso” 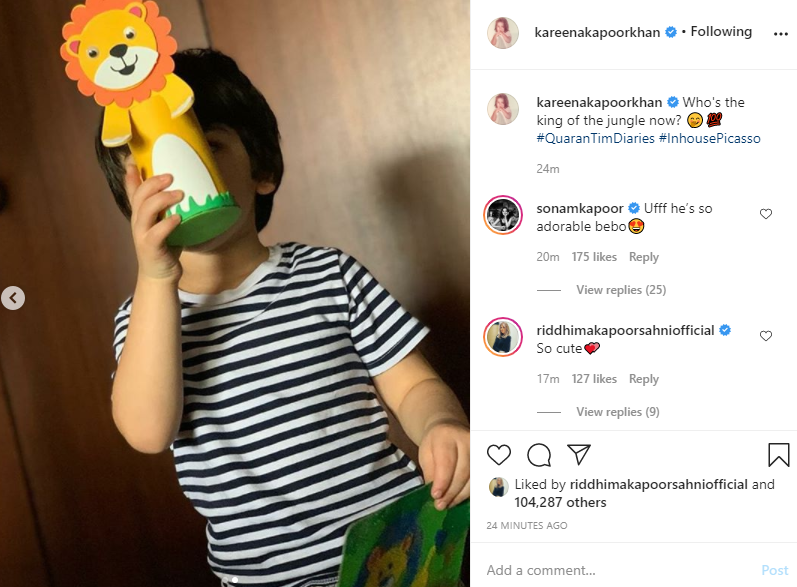 Reacting to the adorable post, actor Sonam Kapoor took it to the comment sections and wrote: “Ufff he’s so adorable bebo”.

Khan often takes it to the photo-sharing platform and posts photos of Taimur’s drawings.

The 39-year-old star and husband Saif Ali Khan on August 12 announced that they are expecting a second child.

The ‘Tashan’ co-actors tied the knot in October 2012 and are parents to the three-year-old son Taimur Ali Khan. (ANI)