Mumbai: Bollywood actor Kajol’s latest Instagram post proves that she is a moody person when it comes to music.
On Monday, Kajol took to her Instagram account and shared how her mood fluctuates while listening to music.
“I have 3 moods… 1. Let the music play without any interruption. 2. Skip every song,” she wrote.
Summing up the post, Kajol added, “3. Play the same song again and again on repeat for days.” 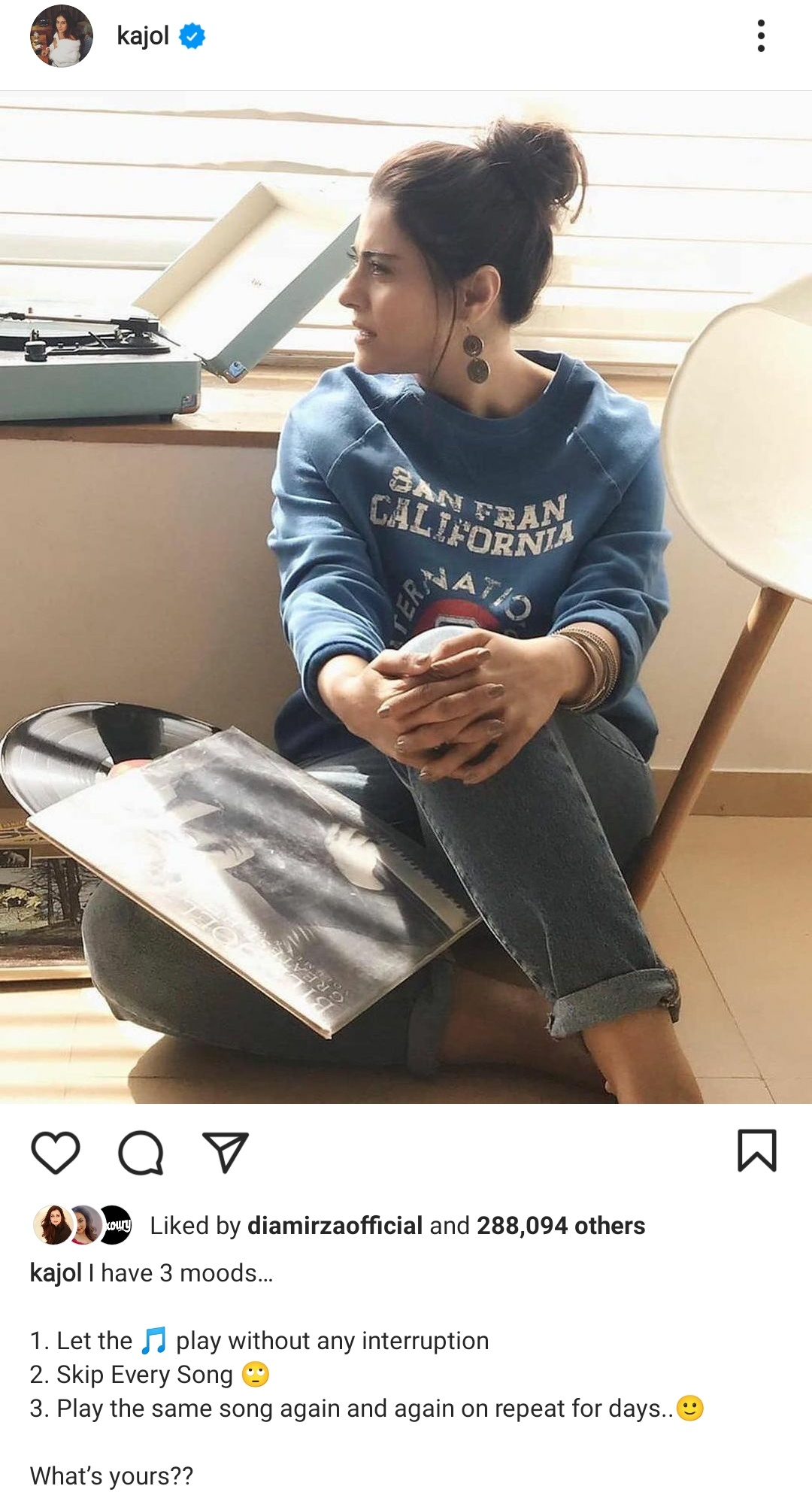 Along with it, she also posted a candid picture of herself on Instagram, asking her followers to share their moods. “What’s yours?” she added.
Reacting to the post, several Instagram users spammed her comment section with hilarious responses.
“Same. I listen to the songs of ”Dil Wale Dulhaniya Le Jayenge’ again and again and never get bored,” a user commented.
“Hahaha. So relatable. I even do the same,” another one wrote.
On the work front, Kajol was last seen in the digitally-released film, ‘Tribhanga – Tedhi Medhi Crazy’, directed by actor Renuka Shahane. The film narrates the story of three generations of women. (ANI)