New Delhi: After the massive success of ‘Genda Phool’ music video, Bollywood actor Jacqueline Fernandez is collaborating once again with Badshah and Aastha Gill for yet another song titled, ‘Paani Paani’.

Badshah took to his Instagram handle on Monday and shared the cover art of the song featuring him and Jacqueline. Going by the look of the song, the chemistry between the pair seems crackling. 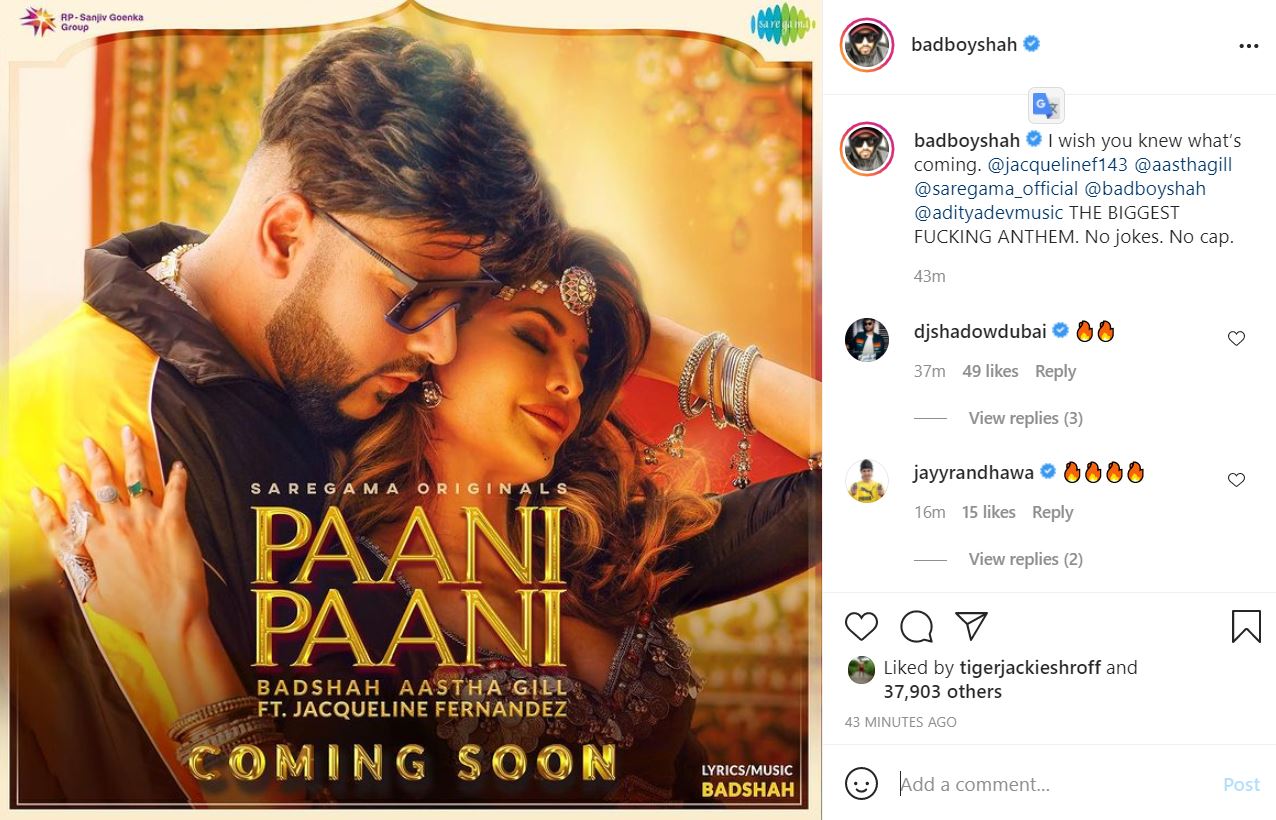 Earlier Jacqueline had shared the first poster of the song. Along with it, she wrote, “Here we go again #PAANIPAANI @saregama_official @aasthagill @badboyshah.”

The poster shared by her consisted of the words ‘Paani Paani’ written in golden bold letters. Ironically, the words which mean water were also placed on the background of a heated desert with warm shades of yellow and orange. 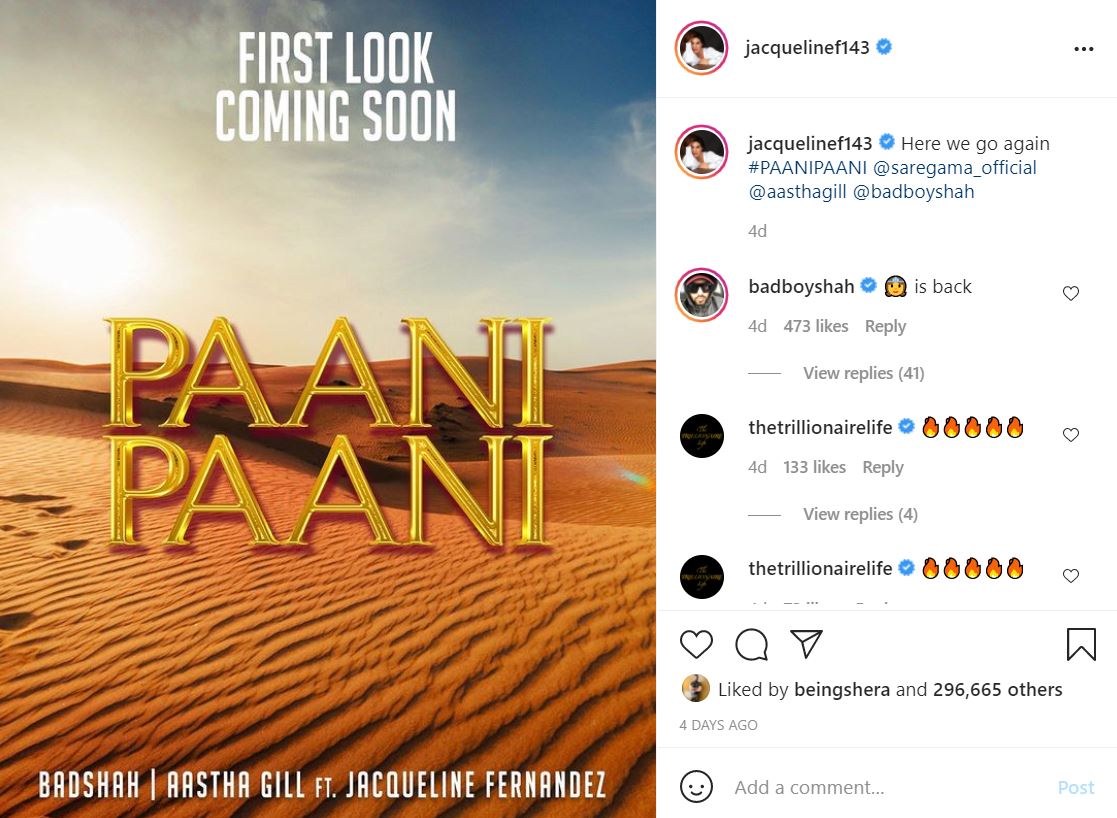 ‘Paani Paani’ has been written, composed, and sung by Badshah, along with Gill, and features the beautiful Jacqueline in its video, which has been shot in the exotic locales of Jaisalmer. The song will be out soon on Saregama.

Jacqueline and Badshah created magic last year with their song ‘Genda Phool’ which became the fourth most-watched video on YouTube across the world. This is Jacqueline’s second collaboration with Badshah, while this song will be Badshah’s and Gill’s fourth song together after ‘DJ Wale Babu’, ‘Buzz’ and ‘Heartless’.

Meanwhile, on the film front, Jacqueline recently entertained the viewers with her dancing skills as she made a special appearance in the song ‘Dil De Diya’ from Salman Khan’s movie ‘Radhe: Your Most Wanted Bhai’. She also has films like ‘Bachchan Pandey’, ‘Bhoot Police’, ‘Attack’, ‘Cirkus’, and ‘Ram Setu’ in the pipeline. (ANI)