Srinagar : Jammu and Kashmir DGP Dilbag Singh on Friday paid tributes to the Central Reserve Police Force (CRPF) jawan who lost his life in a grenade blast by terrorists in Ganderbal while performing duties during District Development Council (DDC) election.

Constable Mritunjoy of CRPF’s 115 battalion succumbed to injuries at a hospital here on Thursday. He was among the three jawans who were injured after terrorists hurled a grenade on a CRPF party at Tawheed Chowk in Dudderhama area of Ganderbal in central Kashmir on Wednesday. 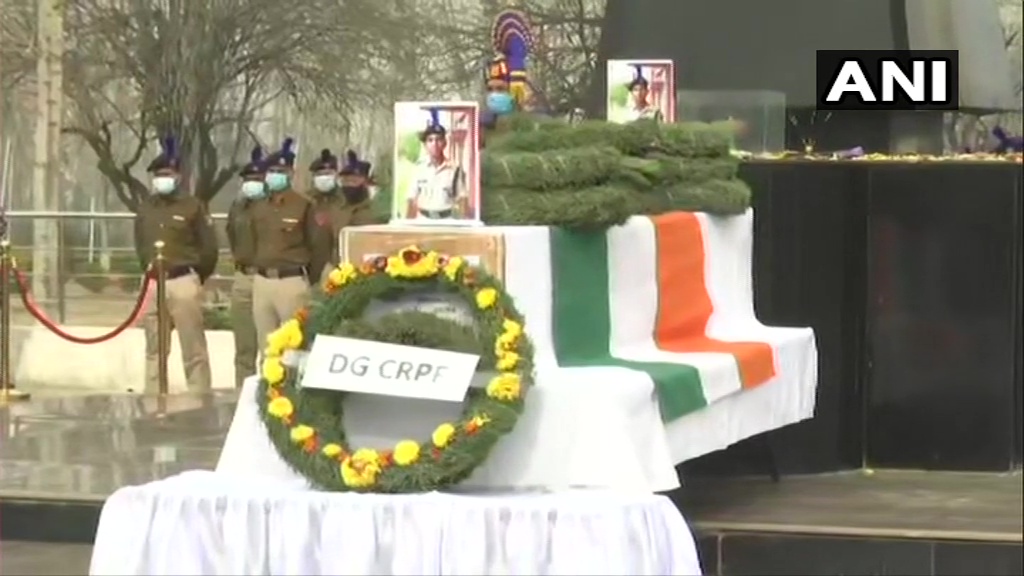 “We are committed to providing a peaceful environment to Jammu and Kashmir while facing all the challenges. DDC elections were peaceful and people who hate peace in the valley want to disrupt it. In a very unfortunate incident, we have lost one of our brave jawans of India. People will remember his contribution. On behalf of the Jammu and Kashmir Police, I extend condolences to his family,” Singh told ANI.

He also said that “militancy” is not limited to South Kashmir.

“Sometimes people assume that militancy is limited to South Kashmir, which is not true. Yesterday’s encounter in Baramulla is the third one in the area in a month or two. It shows militants are active in North Kashmir or are trying to remain active. They want to destroy the peace in Jammu and Kashmir. They continue to change the strategy and the People sitting in Pakistan control them. We get our inputs and act upon them. In various encounters, we destroy their conspiracies,” he said.

Constable Mritunjoy Chetia of 115 battalion was a 25-year-old from Assam’s Dhemaji.

“We salute the valour & steadfast devotion to duty of CT/GD Mritunjoy Chetia of #115Bn #CRPF who made the supreme sacrifice for the nation. He had suffered grievous injuries in yesterday’s grenade attack by terrorists in Ganderbal, J&K. We stand with the family of our Braveheart,” CRPF said in a tweet on Thursday. (ANI)