New Delhi : India has touched a new milestone with the highest number of COVID-19 tests in a single day so far, after a record high of 8,48,728 tests were conducted in the last 24 hours, taking the cumulative tests to 2,76,94,416 on Friday, said the Union Health Ministry.

World Health Organisation (WHO) has advised that a country needs 140 tests per day per million population.

While the national average is 603 tests/day/million population, with focussed efforts of the Centre and effective implementation by the states/UTs, 34 of them have exceeded this figure. 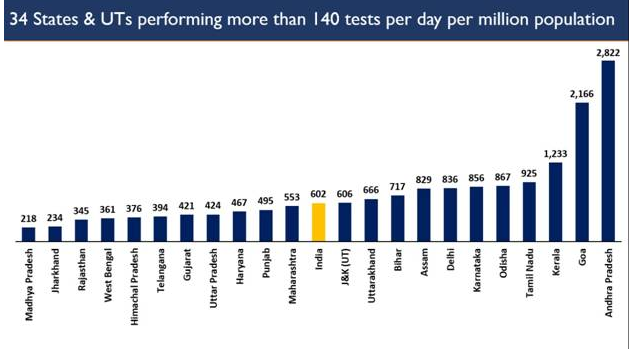