Ambala: As the COVID-19 outbreak has changed the way religious festivals are celebrated, it has also diminished the demand for Ganesha idols in several parts of the country including Haryana.

Ganesh Chaturthi is just round the corner on August 22. Many of the idol makers in Haryana’s Ambala have claimed that they are not receiving any demand for large-sized Ganesha idols.

“This year, demand for idols taller than 7-feet is very low as they are normally used in processions and much larger gatherings. Booking for smaller three to four-foot idols are coming as usual but we have not received any orders for the large-sized idols due to restrictions due to the COVID-19 outbreak,” Chamba Lal, an idol maker told ANI, adding that by this time last year, he had nearly sold out all idols prepared by him. 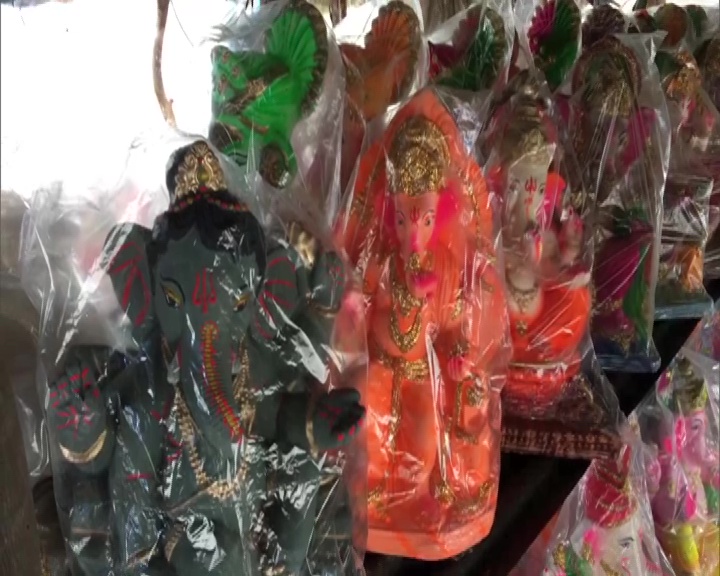 According to Satish Gupta, the President of the Sri Siddhivinayak Seva Mandal in Ambala, this year, the festival will not be celebrated with usual grandeur but will be a more muted affair in accordance with the government’s prescribed precautions.

“We have been celebrating Ganesh Chaturthi for the last seven years with splendour, but this year due to the pandemic, we will not put up a pandal. We normally celebrate with a seven to 10-foot idol but this year we will have a three-foot idol.” Gupta said.

“If anyone wants to distribute prasad, they must do so from a distance in their own individual capacity. All those coming to worship Lord Ganesha will have to wear a face mask and sanitise their hands,” he added. (ANI)