Washington: The time of the Targaryens is coming! The ‘Game of Thrones’ prequel series titled ‘House of the Dragon’ is officially in production.

HBO announced on Twitter on Monday that ‘House of the Dragon’ has begun filming in the UK and released the behind-the-scenes photos of a socially distanced table read.

Alongside a photo of the cast doing a socially distanced table read, the official Twitter account for the series wrote, “Fire will reign. The @HBO original series #HouseoftheDragon is officially in production. Coming soon to @HBOMax in 2022.” 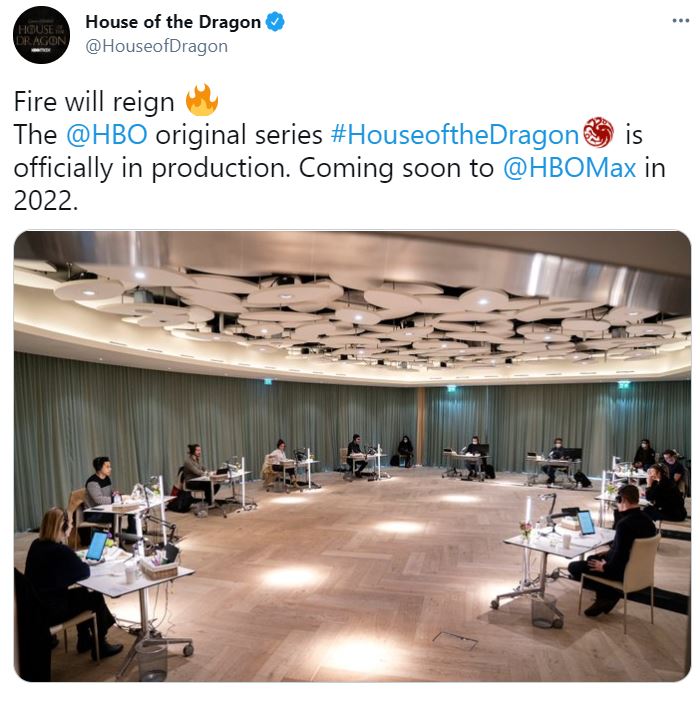 To further excite fans, the Twitter account also shared a closer look at the star cast of the series. First up, and the most notable name in the cast, is former ‘The Crown’ star Matt Smith. Per the social media update, Smith will play Prince Daemon Targaryen. 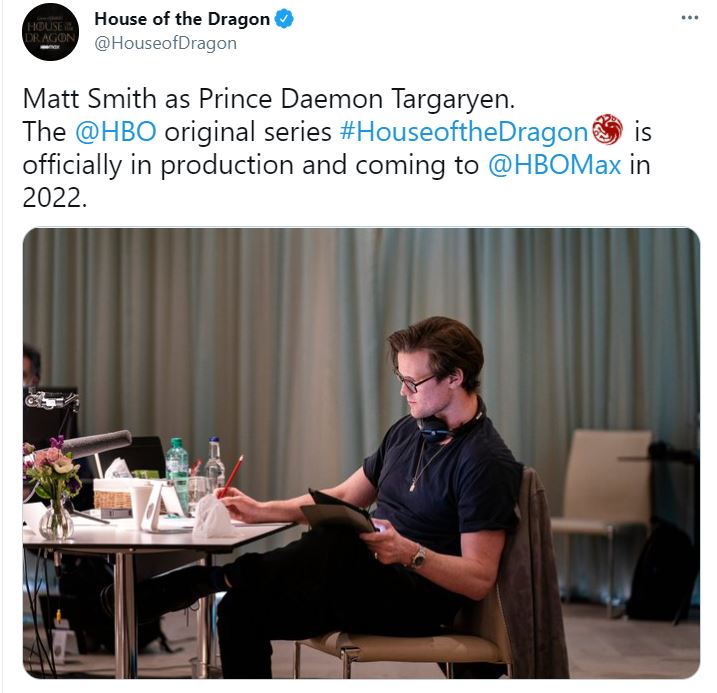 Rounding out House Targaryen is Emma D’Arcy as Princess Rhaenyra Targaryen and Paddy Considine as King Viserys. There’s also Steve Toussaint, who will play a character called The Sea Snake. 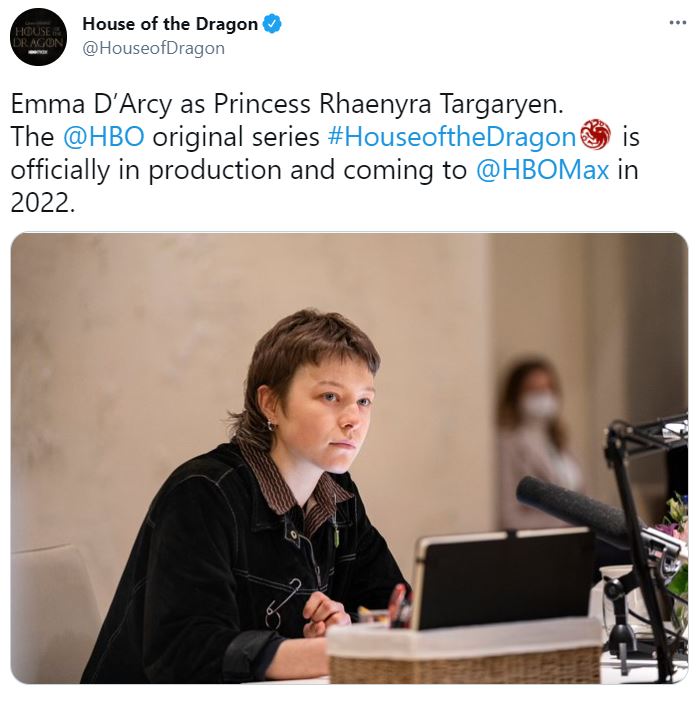 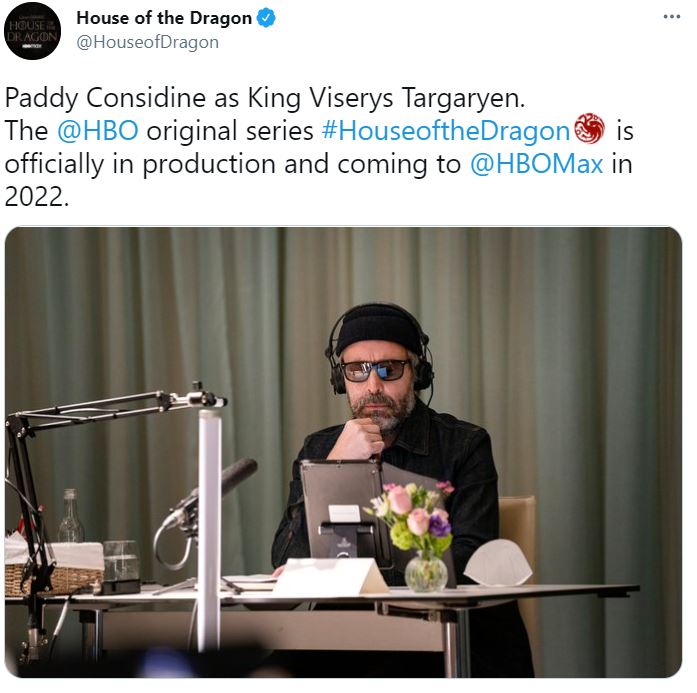 As per E! News, the highly-anticipated series, which takes place 300 years before the famed GOT series, follows the forefathers of Daenerys Targaryen (Emilia Clarke).

The upcoming series will focus on a civil war that threatened to tear apart the powerful House Targaryen. Will this shed some light on the Targaryens’ motto, “Fire and Blood”? We hope so.
The drama is from co-showrunners Ryan Condal and Miguel Sapochnik and executive producer and saga author George R.R. Martin.

The update regarding the show starting production comes over a week after ‘GOT’ celebrated the 10-year anniversary of the premiere. All month long, HBO commemorated the milestone with “maraThrones.”

The ‘House of the Dragon’ is just one of several ‘GOT’ spinoffs in the works. As previously reported, one project in development will focus on The Sea Snake, who HBO described as “the most famed nautical adventurer in the history of Westeros.”

It’s also said that a series based on George R.R. Martin’s ‘Dunk and Egg’ novellas is in development. There’s also a stage play in the works. So, it’s safe to say there’s still plenty of Westeros to explore.

The upcoming series ‘House of the Dragon’ will premiere in 2022. (ANI)