Encroachers, intruders would be evicted from all parts of Assam: Himanta Biswa Sarma

“Today I visited Gorukhuti in Sipajhar, Darrang and traveled in a country boat to inspect the riverine areas that were encroached by illegal settlers near Dholpur Shiva Mandir. 120 bigha land of the temple under encroachment of illegal occupants in the area have been freed by Assam Police and district administration. Such squatters would be evicted from all parts of Assam to protect our land and the Assamese identity from encroachers and intruders,” tweeted Sarma. 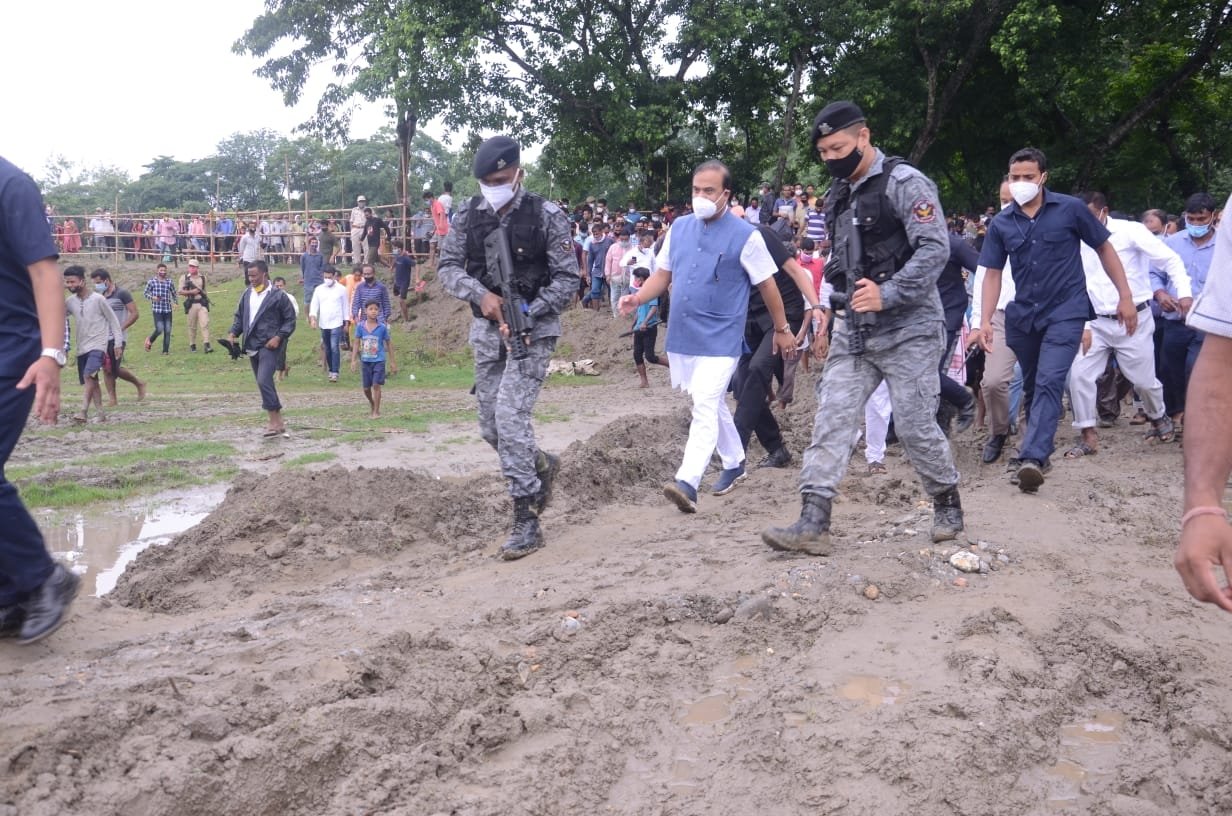 “We also offered prayers at Shiva Temple to seek Lord Shiva’s blessings. Assured temple management and local people to set up a Manikut, build a guest house and boundary wall. All steps would be taken to turn the temple into a tourist attraction,” said the chief minister. (ANI)