New Delhi: As Cyclone Tauktae continues to impact several states on the Western Coast including Gujarat, damaging structures, electricity lines, and uprooting trees, the India Meteorological Department on Tuesday informed that the cyclone is continuing to show a weakening trend.

“Extremely severe” Cyclone Tauktae unleashed devastating winds that reached speeds up to 190 kilometres per hour as the storm made landfall in Gujarat, damaging structures, electricity lines, and uprooting trees.

In a tweet by the meteorological department, it read, “The Cyclone continues to show weakening trend. Eye is disorganising, wall cloud is weakening.”

“Very Severe Cyclonic Storm ‘Tauktae’ moved north wards with a speed of 15 KMPH during past 06 hours”, read another tweet by the department. 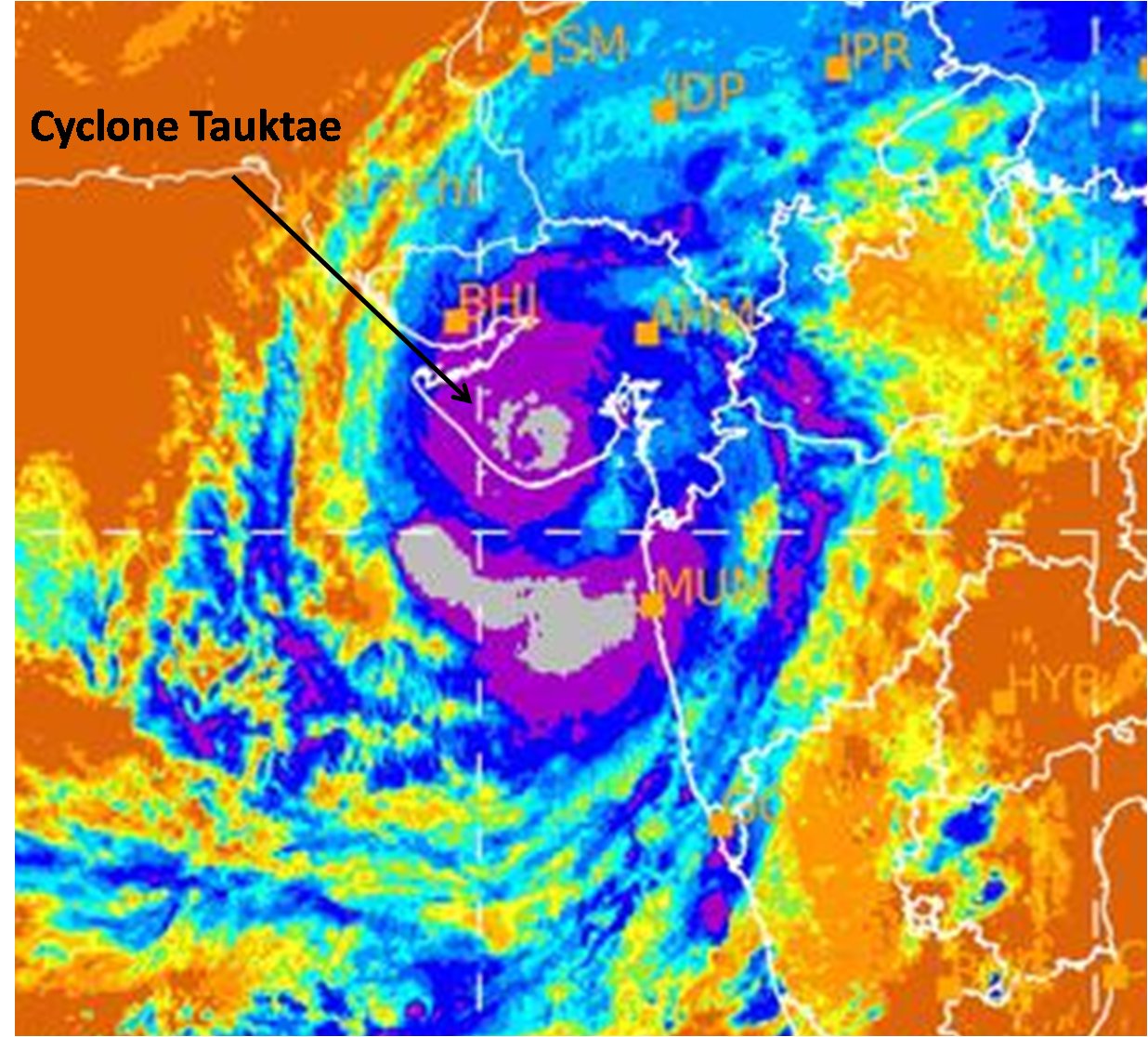 Following this, several places near Uttar Pradesh and Rajasthan are likely to witness rainfall in the next couple of hours.

In view of Cyclone Taukate, Gujarat Chief Minister Vijay Rupani last night held a meeting with officials of the coastal districts of Valsad and Gir Somnath at the State Control Room in Gandhinagar

Patients from a COVID care centre in Gujarat’s Vadodara were shifted to hospitals, yesterday. Nodal Officer Sheetal Mistry said, “In view of IMD’s warning for Cyclone Tauktae, we are shifting COVID-19 patients from various facilities to hospitals.”
Also, the road between Gujarat’s Somnath district and the Union Territory of Diu (Daman & Diu) which was blocked due to fallen trees, has been cleared by the Army personnel for movement of vehicles.
NDRF team too cleared the road of fallen trees and branches in Dahisar area of Mumbai.
‘Extremely’ Severe Cyclonic Storm, Tauktae is now weakening into a ‘Very’ severe cyclonic storm, as per the India Meteorological Department on Tuesday.
A powerful cyclone has battered country’s west coast and made landfall in Gujarat on Monday night and the process is likely to continue for three hours, confirmed the India Meteorological Department (IMD) as authorities evacuated thousands of people.
Goa Chief Minister Dr Pramod Sawant on Monday spoke to Union Home Minister Amit Shah regarding the impact and devastation caused by the Tauktae cyclone in the state.
“Spoke to the Union Home Minister Shri @AmitShah ji regarding the impact and devastation caused by the Tauktae cyclone in the state of Goa,” said the Goa CM in a tweet.
He further said that the Home Minister inquired about the damage and assured of full support to the state.
Union Defence Minister Rajnath Singh held a meeting to review the preparedness and assistance being provided by the Armed Forces to civil authorities to tackle the situation arising out of Cyclone Tauktae.
“Indian Air Force has deployed its aircraft to transport personnel and tonnes of a load of NDRF to Ahmedabad. On May 16, IAF had deployed two C-130J and one An-32 aircraft for transportation of 167 personnel and 16.5 tonnes of a load of NDRF from Kolkata to Ahmedabad.
Another C-130J and two An-32 aircraft carried 121 NDRF personnel and 11.6 tonnes of load from Vijayawada to Ahmedabad for the same purpose. Two C-130J aircraft transported 110 personnel and 15 tonnes of cargo for NDRF from Pune to Ahmedabad,” it added. (ANI)