COVID19: Over 3 lakh recoveries in the last 24 hour 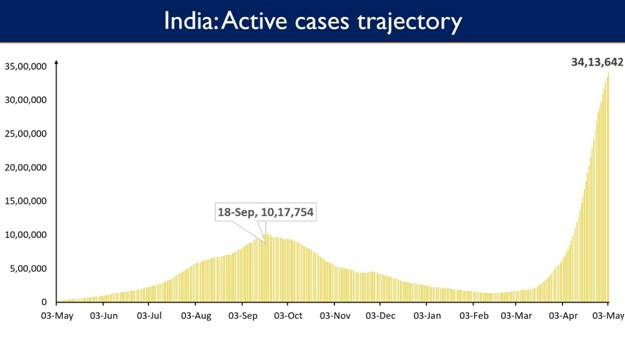 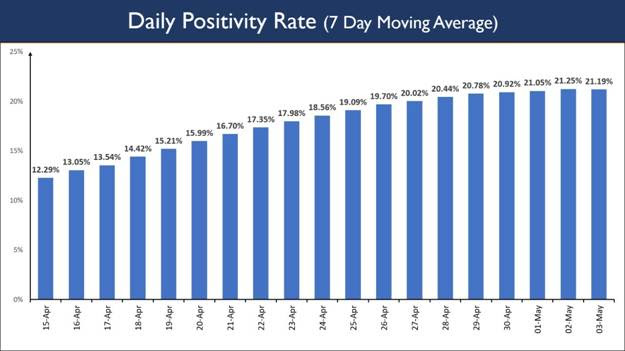 Maharashtra has reported the highest daily new cases at 56,647. It is followed by Karnataka with  37,733 while Kerala reported 31,959 new cases. 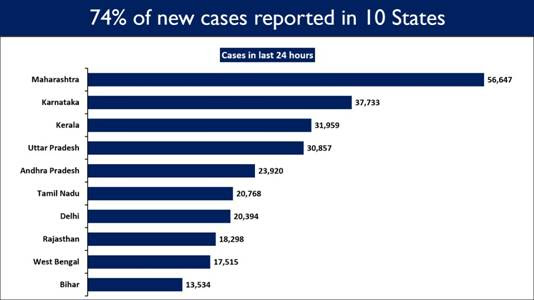 India’s total Active Caseload has reached 34,13,642. It now comprises 17.13% of the country’s total Positive Cases. A net incline of 63,998 cases recorded from the total active caseload in the last 24 hours. The National Mortality Rate has been falling and currently stands at 1.10% and is continuously declining. Ten States account for 74.54% of the new deaths. Maharashtra saw the maximum casualties (669) followed by Delhi (407) and Uttar Pradesh with 288 daily deaths. Three States/UTs have not reported any COVID-19 deaths in the last 24 hours. These are D&D & D&N, Lakshadweep and Arunachal Pradesh.