New Delhi: With 2020 already here, Bollywood celebrities took to twitter to extend their heartfelt greetings to millions of fans and followers through social media.

From Dada Saheb Phalke awardee Amitabh Bachchan to Bollywood’s Badshah Shah Rukh, everyone was seen immersed in the festive spirit as they bid adieu to 2019 and kept arms wide open to welcome 2020.

The legendary actor Amitabh Bachchan as he posted couplets from a Hindi poem written by his father, poet Dr Harivansh Rai Bachchan. 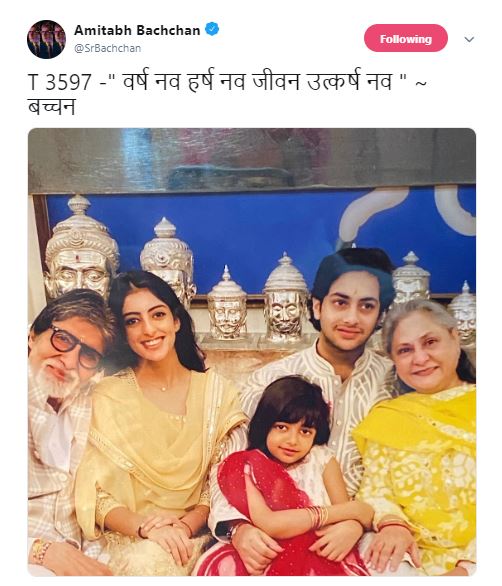 The veteran actor shared a family photograph, where Jaya Bachchan, daughter Shweta Bachchan-Nanda, grand-daughter have joined the veteran actor and are all smiles, as they pose for the camera.

King Khan of Bollywood, Sharukh Khan wished happy new year to his followers by sharing words of wisdom to all.

The ‘Zero’ actor hopped on to Instagram to share a monochrome picture of himself, slaying in a denim shirt, making the messy hair look all cool.

He captioned the post “Not one for telling anyone how they should be…or do what should be done…or what this year & future made to be. I have so many frailties myself…that I wish may the future be kind to all of us…and we be who we are. May Allah be kind to us in spite of ourselves. Happy New Year.” 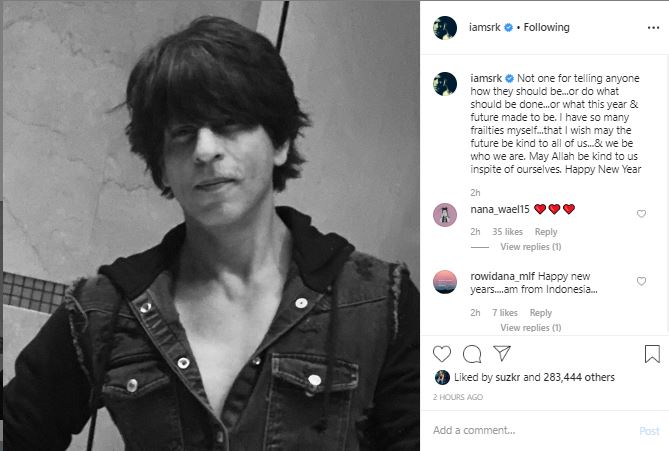 Fans of Sharukh are in much anticipation to know about his new project, as the actor who was last seen in ‘Zero’ have not made any official announcement for his upcoming projects.

Former Miss Universe, Sushmita Sen who never misses a chance to spread the dose of positivity, wished everyone a year filled with hope and potential as we enter into the new decade. 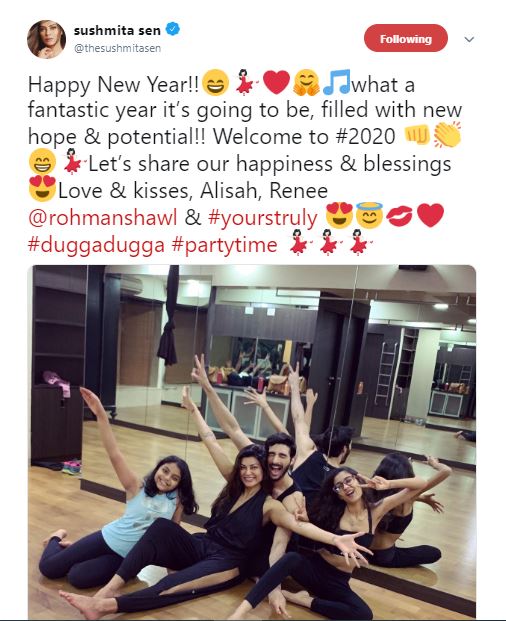 She captioned the post along with a vivid happy group photograph where her daughters, and boyfriend poses along with the 44-year-old.

The veteran actor Anupam Kher wished his followers by reciting a beautiful poem, one that explained the journey of January to December. The video shows the actor in different locations, in different season and wonderfully covering the beauty of nature.

“Here is a poem beautifully describing the relationship between the months of December and January. These sentiments are true for humans too. Here is wishing you all a very happy & peaceful New year & a New Decade. May God give you all the happiness in the world. Jai Ho. #Happy2020,” he tweeted alongside the video.

Here is a poem beautifully describing the relationship between months of December & January. These sentiments are true for humans too. Here is wishing you all a very happy & peaceful New year & a New Decade. May God give you all the happiness in the world. Jai Ho.?? #Happy2020 pic.twitter.com/a80LaxyOa5

Anil Kapoor, shared a picture with fans to usher in the new year and extend his greetings.

“2020 here we go!” the actor kept the tweet simple alongside the picture.
The new talk of Bollywood, Sara Ali Khan sought the blessings of the lord as she welcomed her New Year and spread the positivity to her followers.
“Wishing everyone a joyous, peaceful, auspicious and amazing New Year!#gratitude #blessed #love #luck #laughter”, the ‘Simbba’actor wrote the caption. 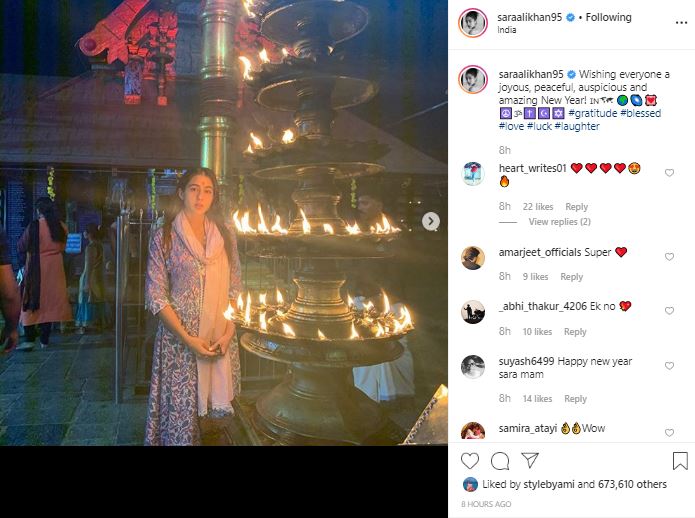 In multiple pictures posted in her Instagram handle, Sara is seen in her simplistic form as she donned in Kurta and poses in front of the various religious institution. (ANI)