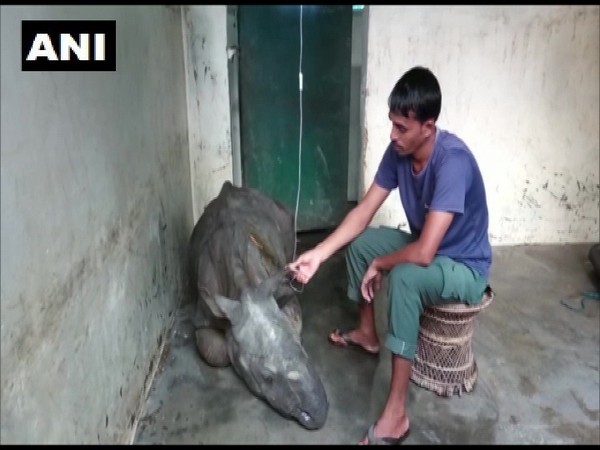 Guwahati: A one-year-old female rhino calf, who was rescued by a joint team of the Kaziranga National Park and the Centre for Wildlife Rehabilitation and Conservation (CWRC) on August 15, died due to illness on Monday night in Assam, veterinary, CWRC Dr Shamsul Ali said on Tuesday.

The rhino calf rescued on August 15 died due to illness at 9 pm last night. He was weak due to anaemia, his body parts were paralyzed.

We were engaged in its treatment from day one,” Dr Shamsul Ali said.

According to officials, the rhino calf was under observation at the CWRC, which is a jointly run wildlife care facility of the Assam Forest Department (AFD) and the Wildlife Trust of India (WTI). (ANI)