GUWAHATI: Assam Chief Minister Sarbananda Sonowal in the first phase of Assembly elections on Saturday cast his vote at a polling centre in Dibrugarh.

“We will get more than 100 seats,” said the Chief Minister after exercising his franchisee. 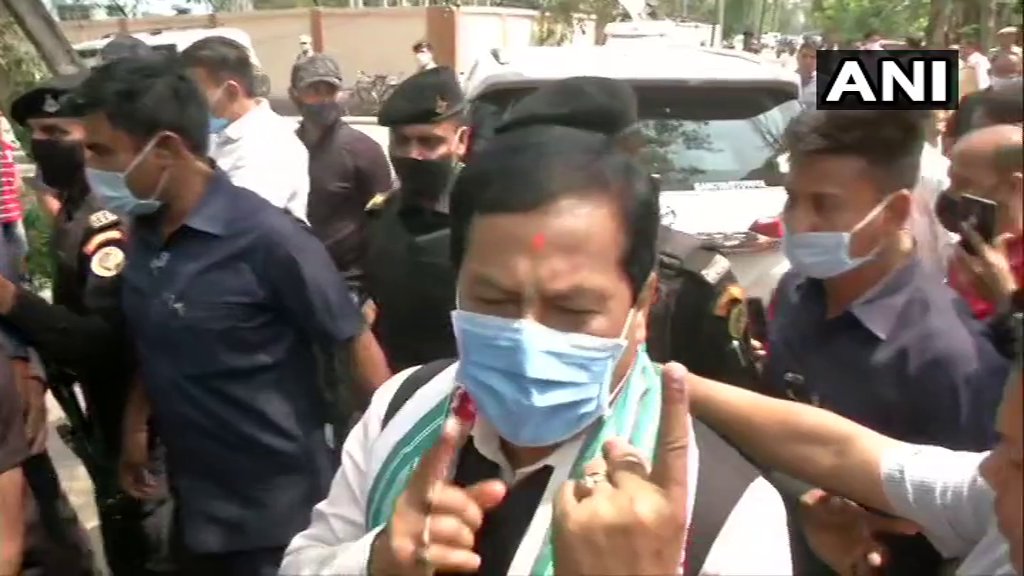 Before arriving at the polling station, Sonowal also offered prayers at the Boga Baba Mazaar in Dibrugarh.

“I prayed for peace for all and victory for Bharatiya Janata Party,” said Sonowal.

“Congress & other parties are only seen in the media but BJP & its allies are the ones on the ground. People of Assam now know that CAA-NRC will not affect them. My aim is to make the BJP government in the State again,” Sonowal added.

In the first phase, polling is underway in 47 seats out of the total 126 seats in the Assam Assembly polls.